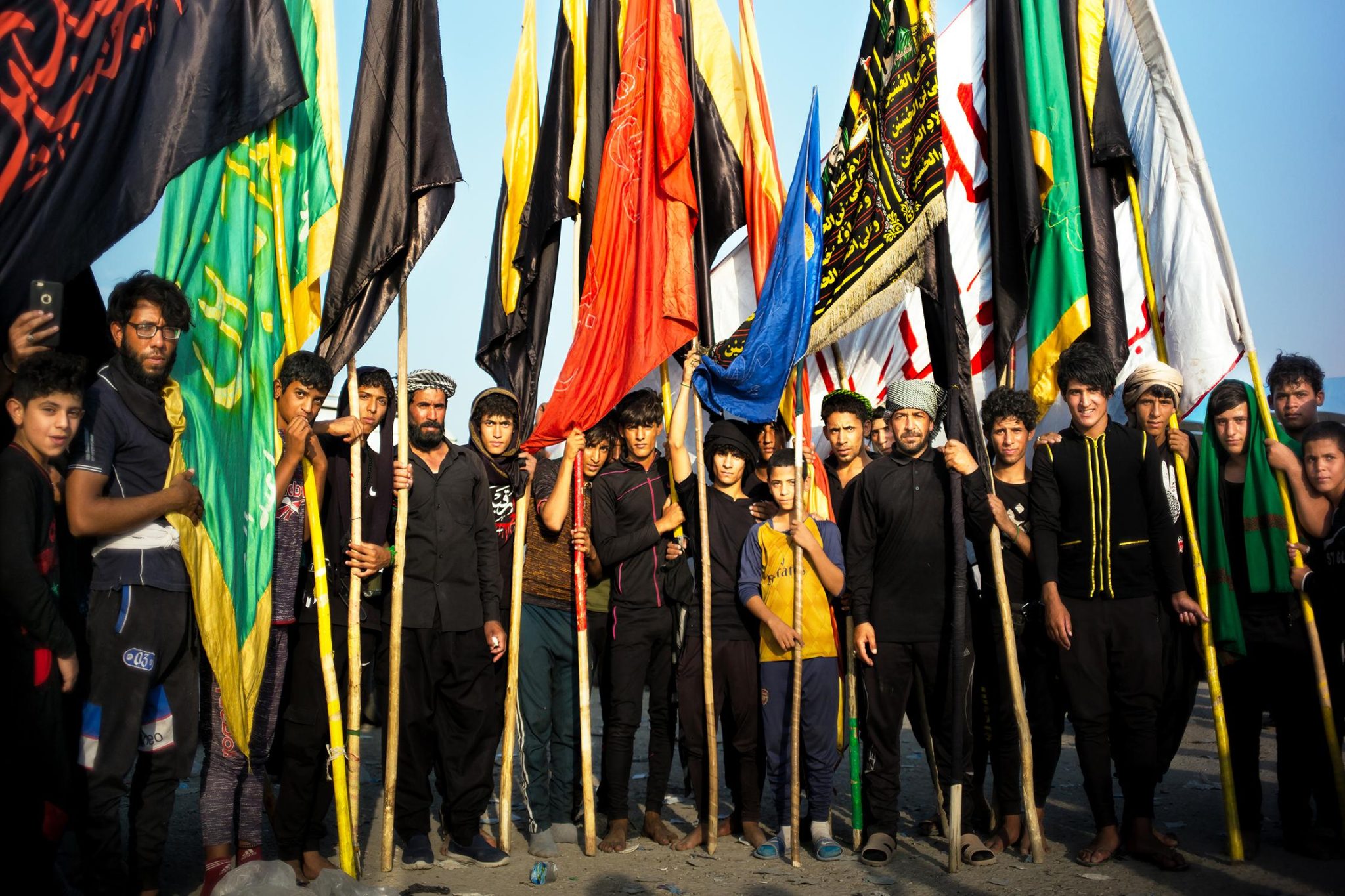 History
A revolutionary leader from the seventh century named Hussain ibn Ali stood up to the Yazid ruler for social justice at all costs. Yazid was a tyrant ruler who oppressed the people’s fundamental rights and dignity.
Millions of people worldwide still recall the Day of Arbaeen today, some 1400 years after it occurred. It is designated as a day to honor Hussain’s sacrifice for social justice.
Large marches are typically organized on this day in places all around the world to represent the enduring character of Hussain’s movement and to demonstrate support for social justice, compassion, and dignity.
A tradition of traveling 80 kilometers on foot from Najaf, the mausoleum of Ali, Hussain’s father, to Karbala, has been revived recently. Since then, the number of pilgrims has continuously increased from 17 million to at least 25 million. Even though terrorists have threatened to attack the pilgrims, people from all walks of life and around the world still travel there.
Volunteers provide pilgrims traveling the 80 kilometer route between Najaf and Karbala with free food and beverages as well as locations to rest, wash, and sleep. Arbaeen Day is currently the biggest annual peaceful assembly in the world, and attendance is expected to rise sharply each year.
Islam spreads over the world as a result of Arbaeen’s enormous gathering. The teachings of Imam Husayn state that arbaeen, the most unique aspect of Islamic culture, unites people to create a unified Islamic civilization.
Shias mourn Imam Hussain’s death, but they also lament the oppression the Prophet’s family, particularly its women and children, experienced after the Battle of Karbala. Shias walk on foot 80 kilometers from Najaf to Karbala in commemoration of the hardships endured by the Prophet’s family when they made their way from Karbala to Syria. Some Iraqis choose to walk the 300 miles from Basra to Karbala.
The largest peaceful gathering on earth is reportedly the Arbaeen pilgrimage. Islamic scholars from Najaf have long traveled on foot to Karbala on the day of Arbaeen. Ayatollah Khoei and Allama Hilli, two prominent academics from the 18th and 19th centuries, took part in this walk during their lifetimes. Even after Saddam banned or severely restricted pilgrimage to the shrine, some scholars continued to make the journey. Millions of pilgrims traveled on foot from Najaf to Karbala in an effort to restore Arbaeen after Saddam Hussein’s dictatorship fell in April 2003. Since then, pilgrims from at least 40 different nations have traveled to Karbala in increasing numbers nearly 22 million in 2014 and 26 million in 2015.
The majority of the people in Iraq host pilgrimages. According to the pilgrims, they have never had such a warm greeting in their entire lives, and the Iraqi people treat them with such respect.
People of all colors, castes, creeds, ethnicities, and beliefs are walking toward the human martyr as a sea of people descends on Karbala.
This custom was resurrected in Iraq around a century ago, although Saddam Hussein’s reign (1979–2003) prohibited the Arbaeen Walk and occasionally reacted violently to individuals walking to Karbala. Some allegations claim that Saddam’s regime used to cut the legs of pilgrims making their way to Karbala. However, the Shia quietly upheld this despite government pressure, secretly maintained this tradition by moving through palm-groves and during nights.
Shia Muslims in Iraq began freely traveling on foot to Karbala from all around the country after Saddam Hussein was overthrown. They arrange their route such that they will arrive at Karbala on the day of Arbaeen or on days close by.
All of the roads leading to Karbala are clogged with pilgrims traveling there in the days leading up to Arbaeen. An estimated 20 million people attend this event annually, according to statistics from prior years.

Influence on international community
The Arbaeen presents a roadmap for an ideal way of life to the rest of the world. Humans give up all of their material possessions during these brief days of existence, and brotherhood, empathy, and assisting others are valued over destructive rivalry. Everyone is attempting to become more spiritually; nobody is looking to gain worldly wealth. People enjoy helping one another and even compete to do so. In actuality, one could say that the Arbaeen provides them a new sense of identity.
The Arbaeen promotes the development of sociopolitical awareness and knowledge. A significant amount of information is transmitted during the Arbaeen in a variety of political, cultural, and social spheres, the majority of which is religious knowledge, which results in a growth in the knowledge and understanding of the pilgrims. In terms of inter-religious communication and extraterritorial understanding, it has significant potential for public diplomacy. They frequently had cordial conversations. These conversations varied from getting to know one another personally to discussing high and low politics. Some conversations may have created the groundwork for enduring ties that will support future collaborative socioeconomic endeavors. Sermons delivered at mixed meetings frequently made political references, including to the Israeli occupation of Palestine, U.S. sanctions against Iran, and the impact Saudi Arabia has on Muslim politics, including the conflict in Yemen. The hospitality of the Iraqi people, which has won UNESCO world heritage status; the gathering of many different nations and religions; the recognition of Hussain, the grandson of Prophet Muhammad, as the saviour of Islam in the face of a tyrant.
The Arbaeen pilgrimage mentions Imam Hussain’s mission, which is to “free your servants from ignorance and misguidance.”,and this function of the Arbaeen is in line with that objective.
Arbaeen represents the kind of society we can build in the here and now: one in which we walk side by side in friendship, love, brotherhood, and sisterhood, regardless of our nationality, financial situation, or racial or religious origin. At Arbaeen, the physically fit help the physically weak, occasionally carrying them to their goal. Strangers are welcomed into homes where they are provided with food and shelter. The pilgrim experiences a great deal of peace, trust, and safety despite the possibility of terrorist attacks by Daesh cells.
As seen in Arbaeen, the kindness, mercy, and fearlessness in the face of oppressors that flow from the core of Islam are virtues that can be practiced in our contemporary life.
Always view Arbaeen from the perspective of a believer or a participant from a non-Muslim background. When viewed in this light, the outpouring of love and sorrow for the Prophet Muhammad’s grandson reveals the true nature of Islam.
Islam and its message for humanity cannot be marginalized, and Arbaeen is one occasion where we can all come to understand this message.