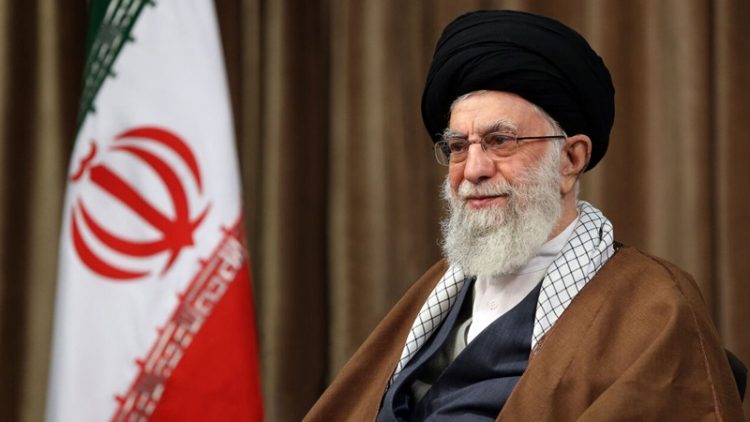 Leader of the Islamic Revolution Ayatollah Seyyed Ali Khamenei has called on Afghanistan’s authorities to punish the perpetrators behind the Friday terrorist attack targeting worshippers at a packed Shia mosque in the northern Afghan city of Kunduz.

“The bitter, tragic incident involving a blast at the mosque of Khanabad district of Kunduz province, which resulted in the deaths of a large number of faithful worshippers, saddened us,” Ayatollah Khamenei wrote in a message on Saturday.

“Authorities in the neighboring and brotherly country of Afghanistan are seriously expected to punish the bloodthirsty perpetrators of this heinous crime and take necessary measures to prevent a recurrence of such tragedies,” he added.

The Leader also asked God to bestow mercy and the highest heavenly blessings upon the souls of the martyrs of the incident, and prayed for the immediate recovery of the wounded and patience for the bereaved.

On Friday, a bomber attacked a Shia mosque in Afghanistan’s northeastern Kunduz province, martyring and injuring hundreds of worshippers. The Daesh terrorist group claimed responsibility for the attack.

The attack followed other similar ones in Afghanistan in recent weeks.

Since the Taliban took power in the country, the Daesh’s branch there has ramped up attacks.

The Taliban have vowed to eradicate Daesh.

Meanwhile, a spokesman for the militant group told The Associated Press on Saturday that it would not work with the US to eradicate Daesh in Afghanistan.

“We are able to tackle Daesh independently,” Taliban political spokesman Suhail Shaheen told AP, when asked whether the Taliban would cooperate with the US to contain the notorious terrorist group.

Iranian Parliament Speaker Mohammad Baqer Qalibaf also condoled with the Afghan nation and those who lost their loved ones, while calling on the country’s new authorities to act decisively against the culprits and prevent a recurrence of such painful atrocities targeting people of different religions.

“The criminal hand of the foolish terrorists was once again stained with the blood of the oppressed worshipers in line with anti-Islam [bigotry] and Islamophobia,” Qalibaf wrote in his message.

Criticizing those who seemingly champion human rights over their silence in the face of the terrorist attack, the parliament speaker said the international community is expected to condemn such tragedies, introduce the already-infamous sponsors of terrorists, and commit them for trial.