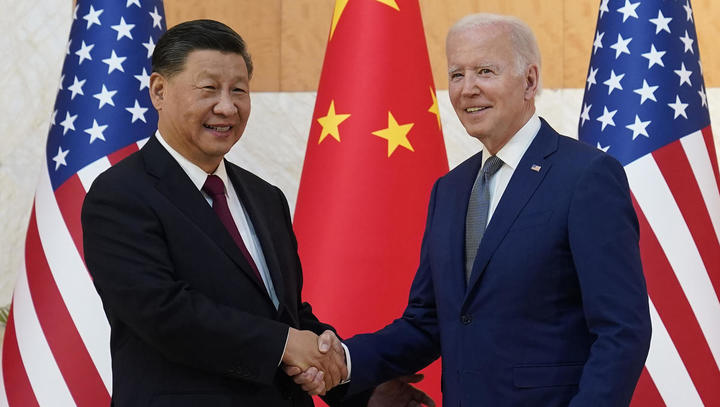 From Taiwan to Kosovo up to the Solomon Islands and of course the Ukraine: the US seems to want a war with China or, at least, to keep the level of tension high.

After 160 days of war in Ukraine, with record inflation throughout the West, an energy crisis that risks forcing Europe into rationing, a possible food catastrophe in Africa due to the blockade on grain and a recession that is already reality in several countries despite the post-Covid rebound, a question arises spontaneously regarding the behavior of the United States: why? Why, after more than five months of war in Ukraine, has the US not only avoided any diplomatic attempt with Russia, but has also boycotted any dialogue initiative by other countries with incendiary declarations?

The events of recent months in Eastern Europe seem to increasingly represent a kind of testing ground for what could happen shortly in East Asia, where the confrontation between China and the United States risks leading to an even hotter and more destructive conflict than that ongoing between Washington and Moscow. The US government itself frequently draws a link between the two cases, whose plans primarily of a military nature to “contain” China are now advancing in the light of day. In an interview with the Financial Times this week, a very senior Marine officer admitted in an unusually explicit manner that the US and its regional allies are preparing for a war against Beijing in the probably not too distant future.

General James Bierman commands a contingent stationed in Japan which, in the event of war against China, would play a role of fundamental importance to American forces. Bierman explained that “the level of success” his country has achieved against Russia in Ukraine is due to preparations and planning in place well before hostilities began. These manoeuvres, implemented in advance, are what the American military call “preparing the theatre” of war and, in parallel with the Ukrainian events, General Bierman explained that preparations are also well underway on the Asian continent, “in Japan, in the Philippines” and elsewhere.

If Ukraine is a model, it is easy to imagine how Taiwan is China’s bait in the Far East and, as we have been observing for some time, Washington’s provocations continue to occur around the status of the island which seem to have the aim is to push Beijing towards a military intervention. To conclude the parallel with the Ukrainian situation, the United States intends to assign to Japan, the Philippines and other allies, such as Australia or South Korea, for example, the task assigned to Europe, namely that of pawns to be used to their military and logistical needs in a hypothetical war against China.

The same American commander explained in more detail the work done with the Ukrainian regime since 2014. While Russia and the people of Donbass waited in vain for the implementation of the Minsk peace agreements (I and II), Washington was preparing for “future conflict” by training Ukrainian forces, “pre-positioning [weapons] supplies and identifying sites from which to operate” in the field.

The words of General James Bierman raise more than one question, in addition to the legitimate fear of the military escalation in progress. To begin with, the claim that the conflict in Ukraine is a “success” for Kiev and Washington is simply absurd. The war is literally destroying the Ukrainian military, economy and society. At the same time, the West has faced a very serious economic crisis due to suicidal anti-Russian policies, especially in the energy sector. Finally, the reflections of the US-led war are accelerating the rifts within NATO, while the shipment of weapons and equipment to Ukraine is emptying the arsenals of the member countries.

Given the situation, one wonders what is the reason for the optimism shown to the Financial Times by General Bierman. It is probably not just rhetoric to support Western propaganda that Russia is on its knees and Ukraine on the verge of military triumph. It is entirely possible that the American establishment really considers a success only to drag a rival power like Russia into a war quagmire with no way out or to sever the ties that bound it to Europe.

china
USA
There are no comments for this article