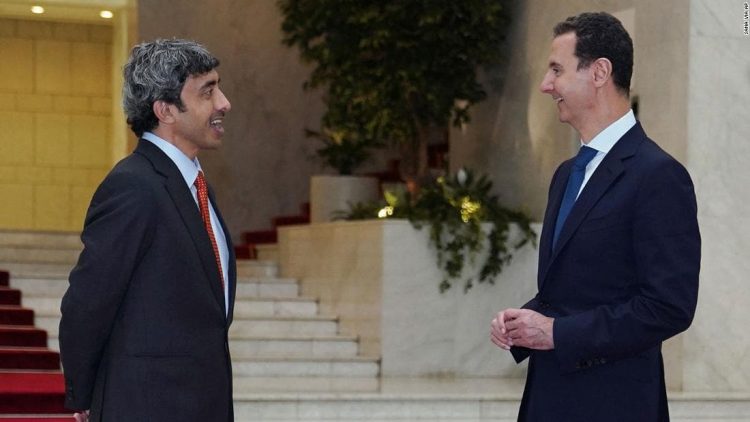 If you were planning a visit to the exotic Middle Eastern countries before 2011, I would have strongly advised you to include Syria in your itinerary. There can be no doubt that Syria’s 7000-year-long history is undeniably fascinating to us westerners. Even though Aleppo, Palmyra, and other Syrian ancient sites have been ravaged by years of fighting between pro-government troops and fanatic rebels, they nonetheless serve as living museums of human accomplishments.

The year 2011 began in Syria with the looming prospect of a non-sectarian and popular movement vying for democratic goals, but this peaceful movement gradually morphed into a dangerously militarised movement, and thus the peaceful rallies escalated to the ongoing complex conflict, where the Syrian crisis has caused a complete fragmentation of society’s fabrics, claiming the lives of over 500,000 innocent civilians since its inception. In fact, placed between the hammer and the anvil of callous politics, the Syrian civilians have been facing the worst conceivable calamities in their contemporary history.

A small protest in Daraa, Syria’s southern city, in 2011 launched a devastating war that has raged ever since. Everything began in the distant and little-known city of Dera’a in southern Syria when a group of schoolchildren sprayed anti-government graffiti on the walls of their school. Syria’s security force apprehended a reckless teenager and mistakenly killed him. Nobody in Syria could have predicted that a poignant, but minor incident would ignite an appalling carnage in the Middle East. A provincial clash quickly gathered traction and spread to other Syrian towns at a time when numerous Arab nations were witnessing unrelenting waves of the Arab Spring, but Syria was an exception because the regional powers extensively exploited and deviated it. Saudi Arabia, Jordan, and the United Arab Emirates(UAE) were the terrorists’ Arab backers, while Turkey served as an access gateway for terrorists into Syria. Similarly, the United States was at the forefront of supporting terrorists in the West, seizing the chance to strike at the Axis of Resistance.

At its early stages, Syria’s military opposition was mostly made up of defected Sunni Syrian army members who took up arms against the central government — later known as the Free Syrian Army (FSA)—but, to the detriment of all Syrians, Saudi-backed radical elements infiltrated the shaky opposition, and al Qaeda-inspired groups like ISIS and al-Nusra Front gradually became the dominant forces in the war.

Today, it is reasonable to argue that Idlib, once a popular tourist destination in the Middle East, has devolved into a “terror hot zone” for hundreds of extremists who go as far as China and the United Kingdom to join Ankara-backed terrorist groups.

Meanwhile, as the terrorists’ Arab backers, like Emiratis, realised they had lost their deadly bet in the military conflict in Syria, they started to explore ways to re-establish links with Damascus. Jordan and the United Arab Emirates have taken the lead in re-establishing diplomatic relations with Syria today. Saudi Arabia and Bahrain have also made significant moves to ameliorate their ties with Syria. The Axis of Resistance emerged triumphant from the Zionist-backed insurgency’s dark tunnel.

Former US Presidents Barack Obama and Donald Trump both called on Assad to step down, but they are no longer in office, while Bashar al-Assad continues to govern, with Arab rulers galloping to reach his doorstep. In this context, the UAE Foreign Minister flew to Damascus for the first time in 10 years to meet with the Syrian president.

Sheikh Abdullah bin Zayed Al Nahyan was greeted warmly by Bashar al-Assad, and the two sides discussed how to restore their relations.

When Syria’s civil conflict began, the UAE was one of the first countries to cut relations with Damascus.

Assad “emphasised the fraternal and strong relations that have existed between Syria and the UAE since the late Sheikh Zayed bin Sultan Al Nahyan’s reign,” according to the Syrian official news agency (SANA). President Bashar al-Assad lauded the UAE’s sensible and balanced stance, emphasising the UAE’s longstanding support for Syria’s people.

According to the news agency, “UAE Foreign Minister Sheikh Abdullah also expressed confidence in Syria’s ability to overcome the obstacles posed by the war, which is being led by President Bashar al-Assad and the efforts of the Syrian people.” The UAE Foreign Minister underlined his country’s support for efforts to restore peace in Syria, stressing that the events in Syria have affected all Arab nations.