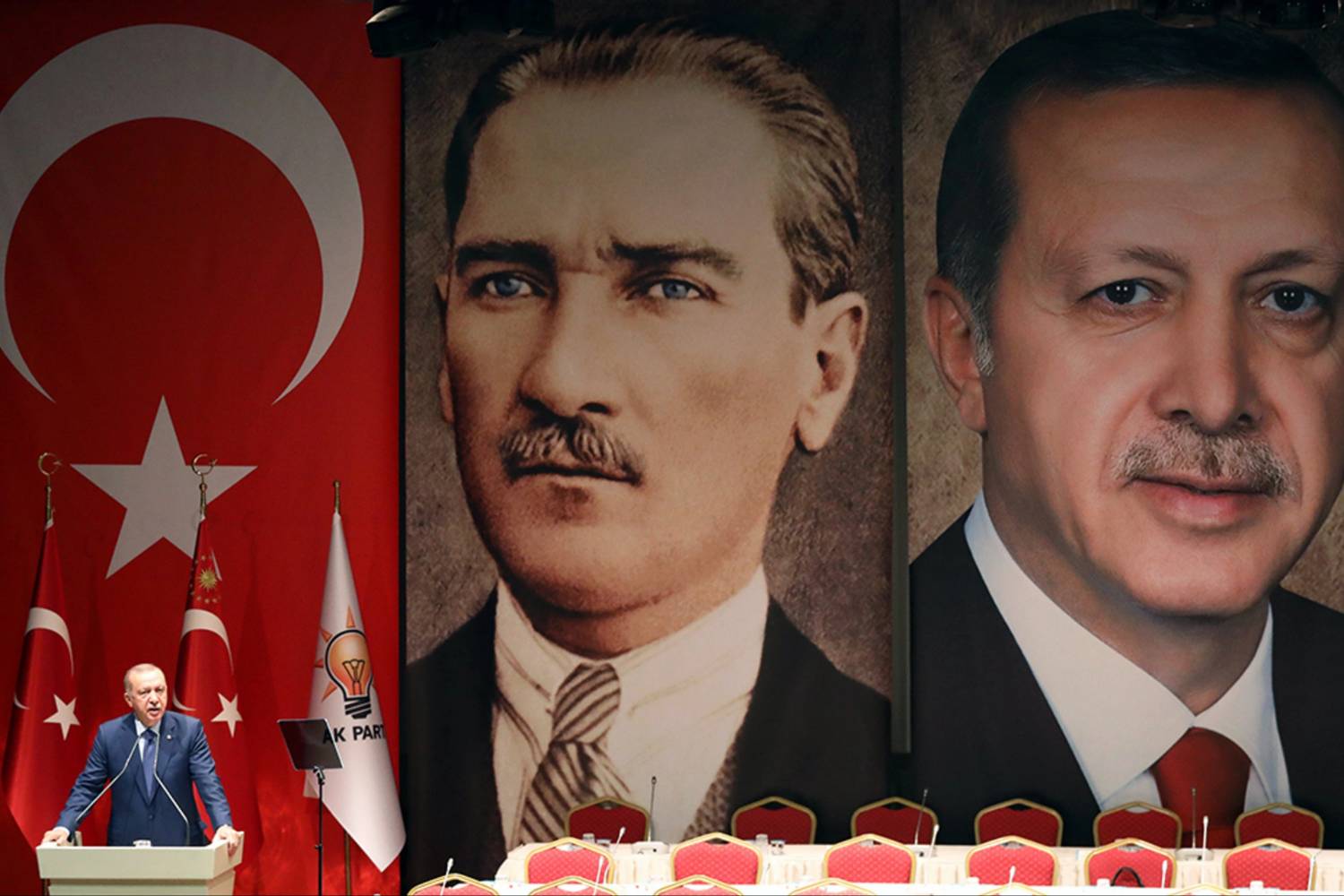 Western political scientists have called this theory “the doctrine of the Euro-Ottoman Empire.” As the progenitor of the dangerous idea of reviving the Ottoman Empire, Davutoglu delivered a speech in 2012 where he declared, “Every territory we lost or relinquished from 1911 to 1923, we will reclaim and be reunited with our brethren in those lands.” “We embark on a quest that might alter the course of history.”

Although the doctrine of strategic depth and the thoughts of Ahmet Davutoglu became the cornerstone of Erdogan’s aggressive foreign policy, Davutoglu fell prey to Erdogan’s increasing lust for power within Turkey’s political matrix, as he dismissed Davutoglu, the founder of “neo-Ottomanism,” in 2016.

However, many commentators believe that Erdogan’s irredentism campaign is a smokescreen for his failure to address Turkey’s lingering socioeconomic plight and his mounting authoritarian tactics to stifle his political dissent. Following more than a decade of bloodshed and support for the ISIS terrorists in Syria, Iraq, Egypt, and Libya, Erdogan gradually conceded that his bellicose policies in the Arab countries of the Middle East had collapsed.

In recent months, Hakan Fidan, the head of the Turkish national intelligence organisation MIT, travelled to Damascus and met with Ali Mamluk, the head of the Syrian Intelligence Organization, to lay the groundwork for the meeting of the two countries presidents. Despite news reports that Bashar Assad had rejected his requests, he had expressed his desire to meet with the presidents of Russia and Syria.

The Aydinlik tabloid recently reported that Erdogan had secretly met with President Assad, citing an anonymous diplomatic source. Many Turkish pundits concur that Erdogan, to ensure his political survival, first forged a détente with the Zionist regime and kept fostering the illusion of Turkish unity to rally the public’s opinion in his favour in the run-up to the looming national election, which is due to be held in May.

Hence, to recuperate from its crushing setbacks in Syria and Iraq, Ankara’s regional policies shifted from the Middle East to Eurasia and the Turkic-speaking republics of the South Caucasus and Central Asia through the propagation of ethnic and linguistic chauvinism. For the past three years, Ankara has diligently pursued the establishment of a fictitious corridor, the so-called “Zangezur Corridor,” a fabricated concept for a transportation corridor that, if implemented, would grant Azerbaijan’s mainland unfettered access to Nakhchivan, an autonomous region of the Republic of Azerbaijan that shares a narrow border with Turkey.

Erdogan’s ambitions to establish a corridor to increase Turkish clout in other Turkic-speaking Eurasia and Central Asian nations were revealed by Turkey’s unwavering support for the Republic of Azerbaijan in the Second Nagorno-Karabakh conflict.

According to Prof. Vladimir Avatkov, an eminent turcologist and the director of the Moscow-based Centre for Oriental Studies, International Relations, and Public Diplomacy, as a pawn in NATO’s overall strategy of containing Russia, Erdogan seeks to expand Turkey’s encroachment in the five Central Asian nations of Azerbaijan, Kazakhstan, Kyrgyzstan, Turkmenistan, and Uzbekistan, based on a shared historical heritage, with the ultimate goal of driving a wedge between those Turkic-speaking former USSR republics and Moscow.