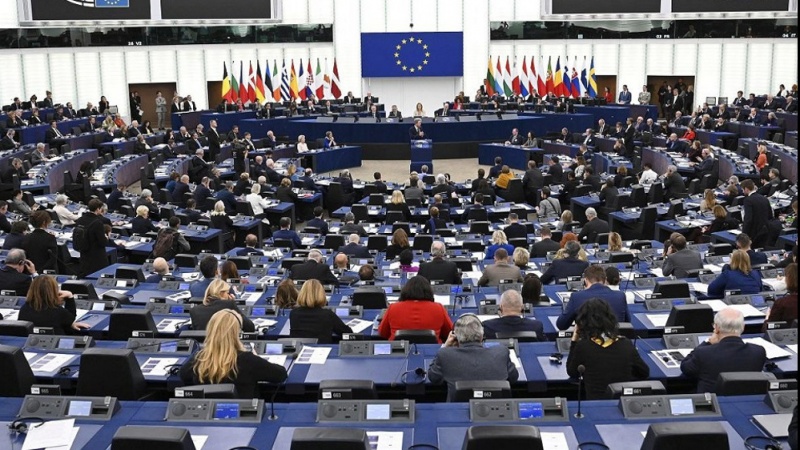 The European Parliament on Wednesday adopted a resolution declaring Russia a “state sponsor of terrorism” over the war in Ukraine.

Members of the European Parliament voted in favor of a resolution calling Russia “a state sponsor of terrorism and a state that uses means of terrorism.” The military operation Moscow launched in Ukraine on Feb. 24 with the stated goal of “denazifying” the ex-Soviet republic was cited as the reason.

Since the offensive began, the United States and its European allies have imposed a wave of unprecedented economic sanctions on Moscow while delivering large shipments of heavy weapons to Kiev. The Kremlin has repeatedly warned against sanctions, stressing that the shipments will prolong the war.

The sharply worded resolution was adopted by 494 votes in favor, 58 against and 44 abstentions during the monthly plenary session in Strasbourg, and the meeting was broadcast live on the European Parliament’s website. It claims Russia’s military strikes on Ukrainian civilian targets such as energy infrastructure, hospitals, schools and shelters violated international law.

The move is largely symbolic, however, as the European Union has no legal framework to support it and currently cannot officially designate states as sponsors of terrorism.

As a result of all this, the European Parliament has called on member states to develop a brand new legal framework for the EU to officially designate an entire country as a sponsor of terrorism.

“For the time being, the European Union has no such regulation as, for example, the Americans, who have a special law to designate states that sponsor terrorism,” said Andrius Kubilius, one of the MEPs who drafted the resolution.

Russia: EU is ‘sponsor of stupidity’:

It, too, is under EU sanctions for what the bloc calls spreading war propaganda.

Earlier this year, national chambers in Estonia, Latvia, Lithuania, Poland and the Czech Republic had voted to use similar labels against Russia.

EU
Russia
There are no comments for this article