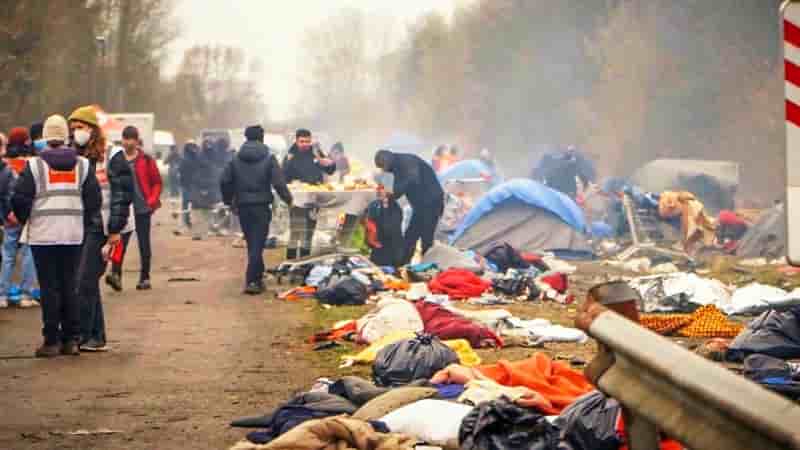 The EU plans to deport a record number of asylum seekers in 2023, while the number of Ukrainian refugees wishing to enter the Union is unlimited. Human rights groups stressed that the EU has a legal responsibility to treat all refugees equally, regardless of their ethnicity.

According to the United Nations, 30 refugees drowned in the Mediterranean Sea in 2023 while trying to reach the EU. The EU’s border and coast guard, Frontex, has been scathing in the past for pushing back unsafe boats, resulting in fatalities. On Thursday, the agency’s new head announced that he would end the practice.

According to OLAF, the EU’s anti-fraud office, at least 2,000 refugees drowned in the Aegean Sea in 2020 and 2021 when they were pushed back from the EU shores by Frontex. The agency prevented at least 40,000 asylum seekers from reaching the EU in a flagrant breach of international law. In just over ten months, the EU has taken in more than four million Ukrainian refugees. You are granted the same rights as EU citizens. However, if you’re from another part of the world that’s been torn apart by Western powers, that’s a different story.

EU interior ministers are meeting in Stockholm, Sweden next Thursday to agree a more effective strategy to deport asylum seekers who do not meet refugee status criteria. Human rights groups question this discrimination. Activists point out that there are no plans to introduce a similar policy for refugees arriving in the EU from western Ukraine, believed to be a relatively safe region.