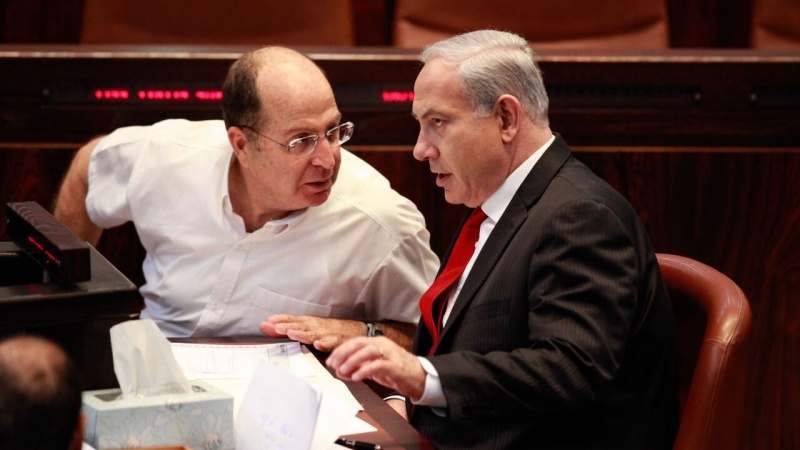 The former war minister of the Zionist regime "declared war" on Prime Minister Benjamin Netanyahu and said he would stand before him and his dictatorship.

According to The Times of Israel, Moshe Yaalon, who was present at a protest in Tel Aviv on Saturday night, called Benjamin Netanyahu’s new government a cabinet of outlaw dictators and said, “We will stand before Netanyahu to prevent the destruction of Israel.”

Ya’alon clarified that since the Prime Minister must appoint Supreme Court justices, his cabinet cannot be called anything other than a dictatorship. The former Zionist regime official took Internal Security Minister Itamar Ben Gvir’s calls to the Israeli police to crack down on demonstrators and the cabinet’s plan to increase control over the judiciary as an example of Netanyahu’s dictatorship.

More than 130 high-tech companies in Israel will stop working due to what they called Benjamin Netanyahu’s “coup” to change the judiciary, including reducing the powers of the Israeli Supreme Court. Netanyahu’s cabinet faced two fundamental problems that brought it to the brink of collapse. The first problem is massive and early public protests against the cabinet. Another problem faced by the Netanyahu cabinet is the appointment of people who do not have the necessary qualifications and do not receive the approval of the Supreme Court in order to hold ministerial posts.

The Walla news site and the Yediot Ahronot newspaper reported: “Amid the crisis facing Netanyahu’s cabinet, more than 130 high-tech companies also announced that they would stop operating on Tuesday to give Netanyahu an ultimatum to cancel his plan.” In this regard, the “Against the Coup” campaign, which involves Israeli public groups opposed to the Netanyahu cabinet, announced that the dictatorial coup would hurt the civil and economic rights of Israel and all organizations.

Levin focused on drafting the laws needed to reform Israel’s judiciary to send them to the Legislation and Constitutional Commission in the Knesset (the Zionist regime’s parliament) by the end of January. The amendments, if approved, would significantly reduce the powers of the Israeli Supreme Court and allow the cabinet to take over the functions of the selection committee of judges, as well as significantly reduce the powers of the cabinet’s legal advisers.