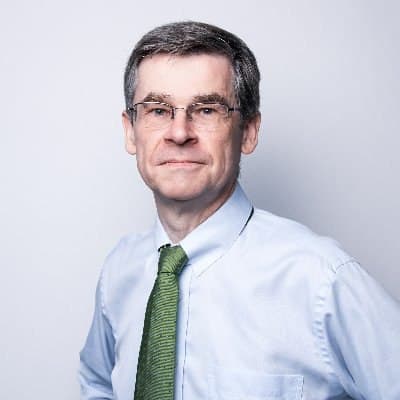 Sir Adam McClure Thomson KCMG is a former British diplomat who is director of the European Leadership Network(ELN), a pan-European think tank based in London. He served as Permanent Representative to NATO between 2014 and 2016.

He recently addressed current developments in the Caucasus, and NATO and other western countries’ strategies in an analysis posted on his website.

Potential Western approaches were a hotly debated subject in Thomson’s research where he admits that Azerbaijan is serving the western imperialism’s goals in the South Caucasus. “NATO’s Beautiful Dream on the Caspian Sea’s Shores,” an extract from his evaluation, reads:

“Due to NATO countries’ neglect in the Minsk Group and Moscow’s opportunism in acquiring more gains, the Second conflict between Armenia and Azerbaijan ended on November 10th,2020, resulting in a shaky ceasefire based on a questionable accord. By UN General Assembly Resolution 243/62, Armenia was forced to give up significant swathes of the disputed territory of Nagorno-Karabakh to Azerbaijan. Ethnic tensions and territorial strife, on the other hand, continue to loom large in the South Caucasus. The growing military presence of Russian and Turkish troops in the South Caucasus and Moscow and Ankara’s joint establishment of new military bases in Nagorno-Karabakh under the guise of terms of peace has significantly shifted the strategic balance in the region. As the champion of long-term global peace, NATO has historically clashed with Russia. In the meantime, the bilateral campaign ‘Partnership for Peace’ (PIP) has been launched by Azerbaijan and NATO. Turkey has brought Azerbaijan’s military structure and equipment up to NATO standards on behalf of the North Atlantic Alliance.

Ankara should be extolled for placing the Azerbaijani Army under NATO’s watchful eye. Turkey’s land connection to Azerbaijan is tantamount to NATO gaining access to the Caspian Sea’s shores, as Turkey and NATO have considered this idea for the past 15 years. NATO’s territorial expansion and ground deployment along the Caspian shores have always been an unattainable goal.

NATO’s access to the Caspian coast is a long-term goal that will need meticulous planning. NATO would support any initiative that contributes to regional stability, including Azerbaijan’s land exchange negotiations with Armenia and the land connection to Nakhchivan, which NATO deems as a major step forward in its overall strategy. Overlooking the loss of a border with Iran is certainly an unpleasant and detrimental decision on Yerevan’s side, requiring enticing assurances and incentives.

If the Zangezur Corridor connects Nakhchivan to mainland Azerbaijan in every manner possible, all will be in place for NATO to recognise Azerbaijan’s ambitions to join the Alliance.

NATO’s presence on the Caspian Sea’s western coast will fulfil the completion of NATO’s siege on Russia and also fortify NATO’s position as a new neighbour to Iran. Now that NATO is stationed on the western banks of the Caspian Sea, it will reach the Chinese border in one step, which Kazakhstan’s possible membership in NATO will facilitate. Moreover, Britain could easily establish strategic supremacy from Baku’s coasts over Tehran, and Moscow with US backing and NATO supervision.

Regrettably, the Minsk Group’s strategic failure in the 2020 Armenia-Azerbaijan war resulted in Russia’s military deployment in Nagorno-Karabakh; however, this failure will be offset by Azerbaijan’s territorial connection to Nakhchivan, which may serve as NATO’s trump card in the South Caucasus strategic competition with Moscow and Tehran. At this pivotal moment in history, I urge the Prime Minister of the United Kingdom to do all in his power to bring the 15-year-old NATO enterprise to a successful conclusion. London must support Baku’s demand for land access to Nakhchivan, which has the support of the United States and the European Union through NATO.

NATO must also convince Yerevan to relinquish control of its southern border with Iran. With the link of Nakhchivan to Azerbaijan and Baku’s membership in NATO, the aim of NATO expansion all the way to the Chinese border will become a reality.”

Tuesday , 20 September 2022
Could you please post the link to the source of this? Thank you.