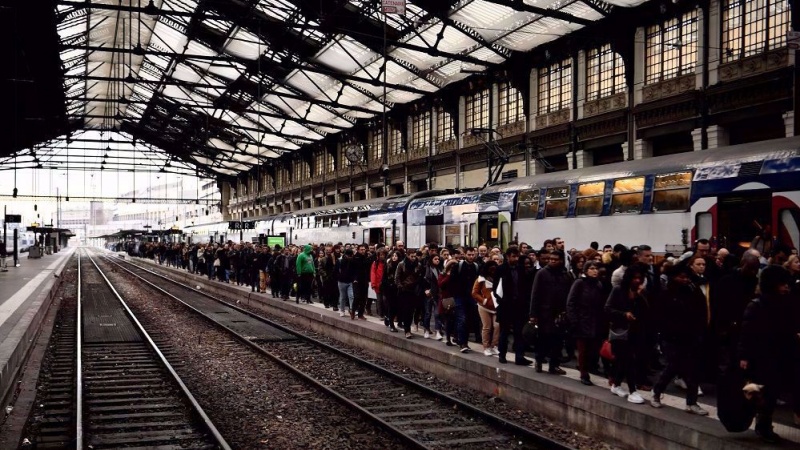 After the disruption caused by strikes in the transport sector at Christmas, actions to organize them should take place in Europe before the end of winter. In reaction to the plan for the reform of pensions in France, which would be presented on January 23 in the Council of Ministers, the CGT-RATP union, representing transport workers in Paris, affirmed that its objective was to achieve “zero transport “.

Confirming that oil refinery workers would also drop their tools, the CGT-Petrole union urged employees to multiply and intensify their strike actions in the coming weeks. The union is planning a 24-hour strike on January 19, a 48-hour strike on January 26 and a three-day strike from February 6, paving the way for a possible shutdown of the refinery facilities.

The railway and public transport strike in Italy is also one of the strange events of recent times in Europe. Employees of the main Italian train operator Trenitalia went on strike this month. Italian petrol stations will also go on strike on January 25 and 26 to protest against rising prices.

Moreover, the Portuguese seek to perpetuate the contractual status in their agreement with the government. Portuguese airline workers are demanding higher wages and better working conditions after the Covid-19 pandemic crisis.

In the United Kingdom, nearly 100,000 civil servants will go on strike on Wednesday February 1, announced the union of public and commercial services (PCS). Union members will take part in the movement in 124 counties and another 33,000 will vote next week to join the strike in five other counties, UK media reports.

It will be the biggest civil service strike for several years in the UK, warns the Public and Commercial Services Union. The demands relate to employment, wages and working conditions. This mobilization coincides with the “national day of the right to strike”, launched by the Trades Union Congress (TUC) in response to the government’s desire to establish a minimum level of service to be provided during strikes.

France
There are no comments for this article