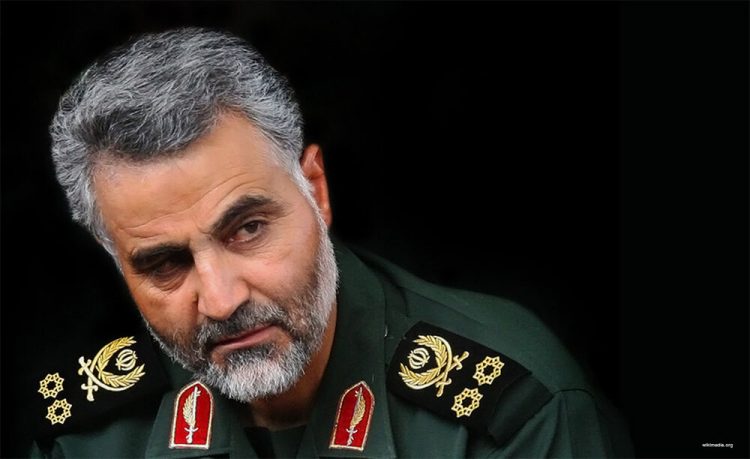 Zeinab Soleimani, the daughter of top Iranian anti-terror Commander Lt. General Qassem Soleimani who was assassinated by the US occupation forces in Iraq two years ago, has renewed her pledge to avenge her father’s assassination.

According to Press TV, Lt. General Soleimani, Commander of the Quds Force of Iran’s Islamic Revolution Guards Corps (IRGC), and his Iraqi trenchmate Abu Mahdi al-Muhandis, the Second-in-Command of Iraq’s Popular Mobilization Units (PMU), were martyred along with their companions in a US drone strike authorized by former President Donald Trump near Baghdad International Airport on January 3, 2020.

Both commanders were highly revered across West Asia because of their key role in fighting the Daesh Takfiri terrorist group in the region, particularly in Iraq and Syria.

“My father loved the Iraqi people from the bottom of his heart… He would ponder a lot about a strong Iraq,” Zeinab said during a vigil at the Baghdad airport on Sunday night, on the eve of the second martyrdom anniversary of two anti-terror commanders.

She noted that al-Muhandis also devoted “his life to the liberation of the Iraqi people.”

Tonight, she said, “We vow to move closer, hand in hand and step by step, to the horizon of exacting ‘harsh revenge’ on enemies whose hands are stained with their blood.”

Zeinab also stressed that “the tears of sorrow … would soon turn into joyous tears of victory when dear Iraq and all the countries in the region are purged of the filth of the presence of American invaders.”

Addressing the Americans, Zeinab made clear that “we will not forget this blood.”

Also, Manar, the daughter of Abu Mahdi al-Muhandis, also spoke at the event, reasserting that “we will take revenge for the blood” of the two commanders and their companions.

“We will take revenge for you, your brother, and companions,” she said, speaking to her father.

Manar also said, “We will exact vengeance on the rulers of Saudi Arabia, who think that they can restore the Umayyad rule with their money,” referring to the tyrannical dynasty, which Imam Hussein (PBUH), the third Shias’ Imam and the grandson of Prophet Mohammad (Blessings of God upon him and his progeny), rose against.

“We will take revenge for every drop of blood that was shed unjustly in Iraq, Syria, and Yemen,” she added.

Also on Sunday, crowds of people from every Iraqi province headed towards the location of the assassination in a march in remembrance of General Soleimani and al-Muhandis.