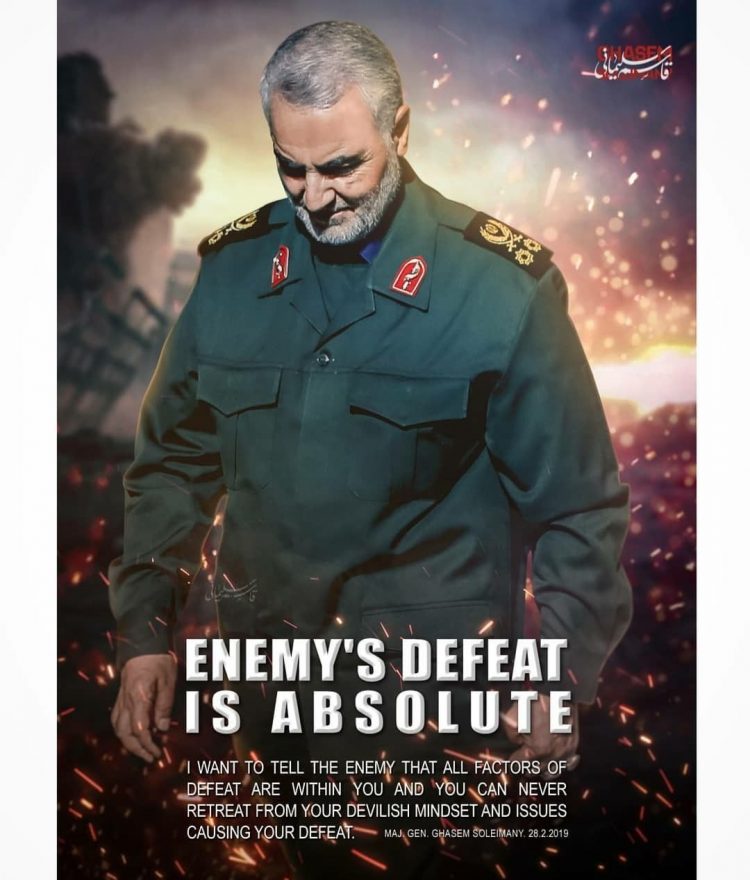 In the world’s philosophical literature, a hero is someone who has a strong force with particular moral attributes. He is regarded as an anointed superman, or as the Germans put it, Übermensch, capable of carrying out goals and lofty deeds on a worldwide scale as a result of his characteristics. In western culture, a superman or hero is a person who has the ability to fly above and beyond the restrictions imposed by fortunate and privileged groups. In Islamic teachings, too, one of the most important and admired aspects is heroism and chivalry. In Islamic society, heroes are connected with the heavens, restoring divine values and instilling an overwhelming sense of heroism in the community. Martyr Soleimani was renowned for his Islamic intellect and principles, his dedication to his insightful defence of national and religious ideals, his indefatigability in the struggle against tyranny, and his unmatched talents in effectively dealing with all social groups. Martyr Soleimani’s essential qualities were: overcoming political and religious conflicts, as well as establishing a united and strong front against imperialists. Soleimani worked toward the creation of a utopian Islamic society by growing up in Imam Khomeini’s school of life. The spread of Islamic resistance throughout the Middle East since 1979, as well as General Soleimani’s pivotal role in expanding the resistance’s activities, can all be traced back to Islam’s ability to create heroes like Soleimani. Martyr Soleimani lived a life of integrity and never sought fame. He did everything he could to fulfil his responsibilities in every position he held. He committed his whole life and existence to the magnificence of Islam, and while on this spiritual path, he challenged the opponent with his unique wisdom, bringing tremendous honour to Iran and the Islamic world. Martyr Soleimani’s tremendous faith in God Almighty, as well as his observance of the manners and customs of the Holy Prophet of Islam and the infallible Imamas, drew all pure hearts to him. Throughout his life, Martyr Soleimani was a fierce opponent of the world’s tyrants and domineering oppressors, striving tirelessly for peace and tranquilly in all nations. A person like General Soleimani has become so well-known and recognised in a world of over eight billion people that his beliefs and character have attracted so many freedom-loving people, not just during his lifetime but even after his martyrdom, that his opponents are still afraid of his eternal name. Two years ago today, General Soleimani was assassinated. During this time, there have been numerous political and social events across the world. All of this proves that Soleimani was a role model and hero for the world’s free nations, not just in Iran but also in Iraq, Lebanon, Bosnia and Herzegovina, Syria, Yemen, and other countries. Western philosophers have maintained in their criticisms of modernity that western society lacks heroes because it is unable to generate them and that cultivating true human values and ideals is impossible since they are not taught in Western schools of thought. As a result, they will go to whatever lengths to prevent a hero like Haj Qassem from becoming a worldwide symbol. However, God has said in the Holy Quran: They aim to extinguish God’s light with their utterances, but God has willed to spread His light in all its fullness (61/8).