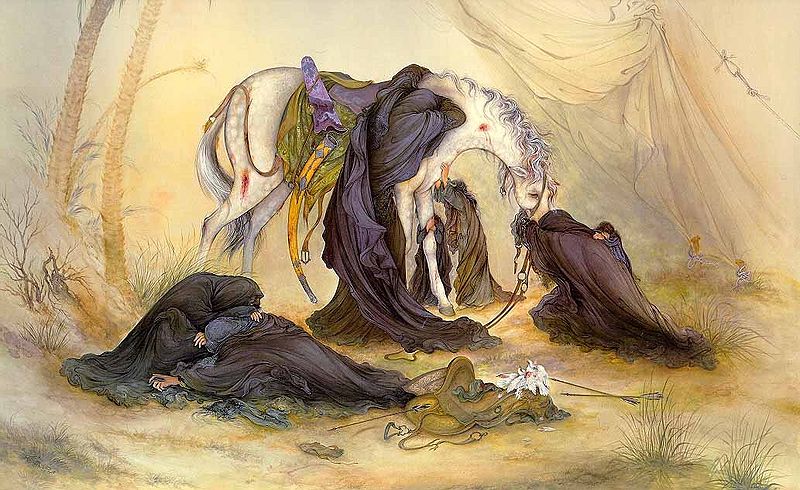 Throughout history, relatively few epic episodes can simulate subsequent political upheavals and profound cultural transformations. However, in modern history, the grand Arbaeen procession is regarded as one of the most important events that have left an indelible mark on the human voyage through history.
Since the fall of Saddam Saddam’s Ba’athist regime in 2003, the Arbaeen march has become one of the largest assemblies of Muslims from different sects (Madhhabs) and all who admire Prophet Muhammad’s household, Ahl al-Bayt [PBHT].
The presence of adherents of other faiths alongside Muslims on this phenomenal pilgrimage manifests the quest of all who pursue the truth. The significance of this mesmerising and unparalleled spiritual journey is that it defies the distortion of Islam’s tenets by Western imperialism and its affiliated media.
To thwart the emergence of a massive religious force that could overthrow US-backed puppet dictatorships in West Asia, many Western policymakers encourage the media to either boycott the Arbaeen march or cover it in a way to create divisions between Sunni and Shiite Muslims.
The world’s dark power hierarchy is well aware of the capacity of the Arbaeen march as a powerful paradigm against corrupt governments all across the globe. Hence, it is relentlessly struggling to distort the facts and mislead the world’s public opinion against Islam and Arbaeen, the world’s largest religious ceremony.
Western leaders and the cabal ruling in the White House never stop trying to preclude the rapid expansion of genuine Islam. So they resort to their old, albeit effective strategy of depicting Islam as a harsh and frightening faith, explicitly endorsing Islamophobia or establishing terrorist organisations like ISIS.
Yet, the Arbaeen procession offers a fantastic opportunity to illustrate the tender and tolerant nature of Islam and its spirit of divine unity and fraternity. Moreover, generous hospitality, pure altruism, the utmost respect for foreign pilgrims, and cooperation with the security forces to ensure the peace of this immense movement can foil the western propaganda machine against Islam.
The fact that the Arbaeen event takes place annually without any terrorist attack shows the strength of the Iran-led Axis of Resistance at a time when Iranian and Iraqi forces shoulder to shoulder are fighting on a unified front against Western plots to create chaos and instability.
Arbaeen, the unique religious ceremony in which millions of devotees from Iraq and all nations flock to Imam Hussain’s holy shrine in Karbala without fear of security incidents, as Imam Imam Hussain [PBUH] is an everlasting symbol of Islamic heroism, tenacity, and courage against God’s enemies.