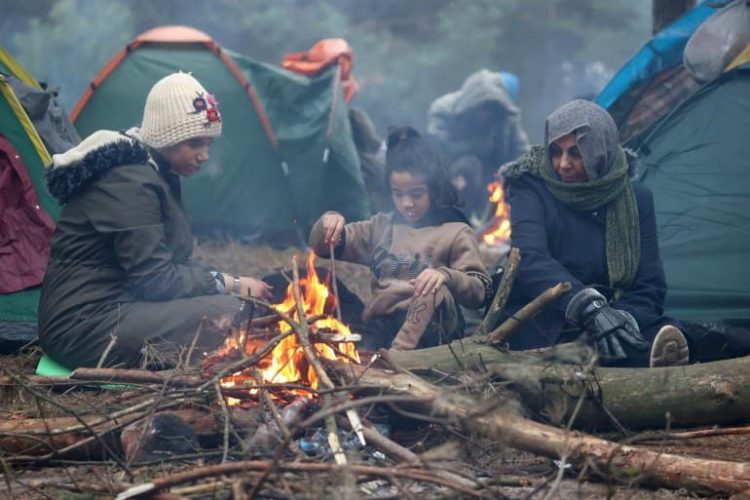 Today, thousands of destitute immigrants have gathered at EU borders, where they have been forced to pitch tents in the freezing temperatures. As the weather cools, concerns about their safety grow. The brewing border conflict between Poland and Belarus erupted earlier this year as a result of Belarusian President Alexander Lukashenko’s reaction to EU sanctions. The sanctions were imposed when a passenger jet was forced to reroute after a dissident Belarusian journalist was detained on board in May. Furthermore, after a disputed election in August 2020 that culminated in massive anti-government protests in Belarus, the European Union and the United States placed sanctions on Lukashenko’s administration, allegedly for his attempts to suppress his opponents. Following that, Lukashenko declared in a July 6 address that, due to the West’s anti-Russian and anti-Belarus actions, Belarus could no longer welcome those escaping the US-made conflicts. “Belarus is not the final destination of immigrants. They are on their way to Europe,” Lukashenko stressed. In October, Belarus ceased its cooperation with the European Union, and immigrants who had crossed the EU border were deported.On the other hand, according to Polish authorities, immigrants will be denied entry to Poland, and those who do will be expelled to Belarus. Minsk responded by accusing Warsaw of treating refugees inhumanely. Belarus has also accused Western nations of using the country’s border immigration crisis to justify more sanctions.Meanwhile, the European Union has criticised Belarus’ authorities for attempting to destabilise the EU by using illegal immigration as a strategy. In other words, Poland and the EU accuse Belarus of knowingly trafficking tens of thousands of illegal immigrants into Poland. In addition, Poland’s Prime Minister, Mateusz Morawiecki, has accused Russian President Vladimir Putin of directing events near the Belarusian border. He accused Moscow of aiming to jeopardise the security and stability of the European Union. In response to accusations from Poland and other countries that Russia is collaborating with Belarus to move immigrants toward the EU’s borders, Putin has blamed the crisis on Western Middle East policies. “We must not lose sight of the fact that these refugee problems have their origins in Western countries, notably European ones,” Putin said. Currently, there has been an increasing number of EU-bound asylum seekers from countries in the Middle East afflicted by war and internal instability, such as Iraq and Afghanistan on the Belarus-Poland border, while their living conditions have deteriorated further as a result of the growing military escalation between Minsk and EU. Despite the alarming refugee crisis, Poland and Belarus have sent troops to their respective borders. Observers fear that an armed conflict in the region would exacerbate the situation and escalate into a full-fledged war, given that Russia has dispatched troops to Belarus and the UK has deployed forces to Poland. Human rights organisations believe that sending soldiers to the Polish-Belarusian border would be a humanitarian disaster and a terrible violation of human life and the undeniable right to seek asylum. Immigration on the Belarus-Poland border, according to human rights organisations, is subjected to harsh living circumstances and the threat of certain death. Rather than cooperating to find the best possible solution for asylum seekers at the border, the countries involved have become more embroiled in verbal spats and have become more focused on lambasting one other