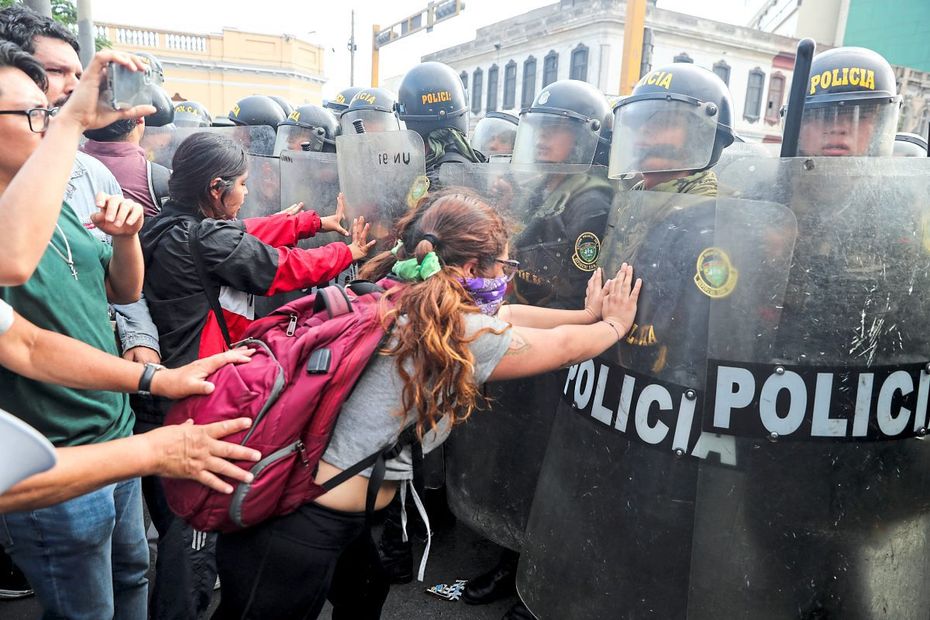 More than 50 people have already died in the protests against interim President Boluarte. The causes of the outbreak of violence run deep

The confrontation in Peru continues to escalate and is now burdening the economy of the Andean country, which is rich in raw materials. Bloody clashes between demonstrators and the police broke out again at the weekend.

In Cusco, Arequipa and Juliaca, protesters called for civil war and attempted to take over the airports. Numerous interstate roads were blocked. In the capital, around 3,500 people stormed the presidential palace to overthrow interim head of state Dina Boluarte. Security forces stopped them with tear gas and batons and then occupied the campus of San Marcos State University, where scores of demonstrators had taken shelter.

Hundreds were indiscriminately arrested. “The brutality of one side leads to a violent response from the other,” criticized journalist Rosa María Palacios.
Difficult dialogue A total of 54 people have died in the protests since mid-December, including a police officer who was lynched. However, most were shot dead by security forces and labeled “terrorists” – fueling resentment against the state and driving the Andean country into a dangerous spiral of violence. The demonstrators are demanding Boluarte’s resignation, new elections and a constituent assembly.

Trade unions, farmers’ associations, environmentalists, left-wing parties and students support the protests. The interim president said she was ready for dialogue, but tolerated the use of firearms by the police and declared a state of emergency. Her mandate officially runs until 2026. According to surveys, 7o percent of Peruvians are calling for her resignation.

Tourism is now down, the production and export of minerals are interrupted again and again. “The political conflict is slowing down further investment and costing jobs,” warned economist Augusto Álvarez Rodrich.

The resentment was sparked by the power struggle between Congress and the now imprisoned President Pedro Castillo. The left-wing head of state attempted to illegally dissolve Congress in December. He then dismissed Castillo from his post. Since then, the former Vice President Boluarte, who is looking to close ranks with the conservative elite, has ruled.

The impoverished rural population, on the other hand, identifies with Castillo, a village school teacher, and accuses the elite in Lima of constantly putting obstacles in his way. But Castillo made sure of that himself: He and his cabinet full of amateurs stumbled from one corruption scandal to the next. Corrupt congressmen tried to profit from this and promised to protect Castillo from a vote of no confidence – in exchange for money.

civil war
Peru
There are no comments for this article