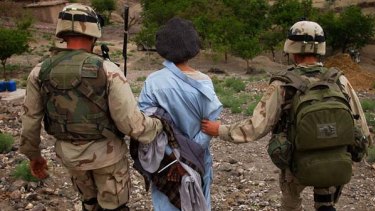 Iranians from all walks of life have taken to the streets across the country to celebrate the 43rd anniversary of the Islamic Revolution, which overthrew the former US-backed Pahlavi regime in 1979.

The celebrations began in Tehran and elsewhere at 9:30 a.m. local time (06:00 GMT), with motorbikes and cars driving through the streets in the Iranian capital toward the iconic Azadi (Freedom) Square.

People were able to attend the rallies on foot in areas where fewer COVID-19 cases per capita have been recorded.

Each year, the occasion is commemorated by nationwide mass rallies. However, this is the second year that health protocols changed the format of the rallies.

On the eve of the 43rd anniversary, fireworks were performed in Tehran and other cities at 9:00 p.m overnight, as people chanted Allahu Akbar (God is the Greatest) in an expression of support for the Islamic Revolution.

More than 6,300 Iranian and some 200 foreign journalists, photographers, and cameramen are covering the Friday ceremonies.

In Tehran, revolutionary songs were playing as marchers waved their national flags.

Professional parachutists put on a live performance over the Azadi Square, depicting the Iranian flag in the capital’s sky.

People waved photos of the late Imam Khomeini, Leader of the Islamic Revolution Ayatollah Seyyed Ali Khamenei, and legendary General Qassem Soleimani, who was martyred in a US terrorist attack in Baghdad two years ago, as well as the martyrs of the Revolution.

Demonstrators also burnt the flags of the United States and the Israeli regime.

‘Nation made many sacrifices for independence’

Marking the event, Foreign Ministry Spokesman Saeed Khatibzadeh said the Iranian nation has made many sacrifices to safeguard its independence.

“43yrs ago, the age-long struggle of our nation for self-determination, & a free & independent Iran ended in victory,” Khatibzadeh wrote in a tweet on Friday.

“Our nation has made many sacrifices to safeguard those values & principles. Our resolve to stand & strive for Iran’s rights & interests remains unwavering,” he added.

The rallies this year are of significant importance due to the defeat of Washington’s “maximum pressure” campaign in the face of the Iranian nation’s steadfastness and the US administration’s declaration that it seeks a less confrontational policy toward the Islamic Republic due to the “failed” policy.

In a statement at the end of the events, the demonstrators underlined the necessity of preserving national unity and avoiding any measure that would foment division and sedition in the country.

The nation “under the wise guidance of the Leader and according to our revolutionary vision has realized that the crooked and evil-minded enemy is trying to downplay the glorious actions and epic progress in various fields through a combined attack which exploits their media dictatorship,” the statement read.

They stressed the need to make concerted efforts to fend off threats against the country and to defend the country’s inalienable right to pursue its peaceful nuclear program and advance its defensive capabilities.

While condemning the positions of senior Western officials on Iran’s defense program, the statement thanked the efforts of the Iranian negotiators in Vienna sanctions removal talks and asked them to adhere to the guidance of the Leader and pay attention to the laws passed by the parliament.

They also underscored their full support for the Resistance Front in Palestine as the first issue of Muslims around the world and condemned the brutal crimes conducted by Saudi Arabia against the people of Yemen and the international community’s silence in this regard.