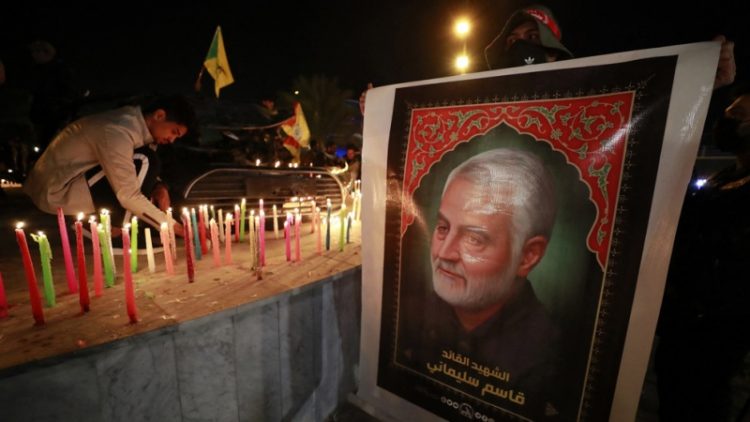 Iran’s ambassador and permanent representative to the United Nations has urged the UN Security Council to hold the United States and the Israeli regime responsible for the assassination of Iran’s top anti-terror Commander Lt. General Qassem Soleimani.

“Given the dire implications of this terrorist act on international peace and security, the Security Council must live up to its Charter-based responsibilities and hold the United States and the Israeli regime to account for planning, supporting, and committing the terrorist act,” Majid Takht-Ravanchi wrote in a letter addressed to the rotating President of the UN Security Council Mona Juul.

The Iranian diplomat noted that former Head of the Israeli Military Intelligence Major General Tamir Hayman admitted last December that the Tel Aviv regime was involved in the 2020 assassination and described it as “an achievement” and one of the two significant and important targeted killings during his term.

“As I have on numerous occasions underlined,” Takht-Ravanchi said, “this internationally wrongful criminal act was a grave breach of the obligations of the United States under the international law, and thus entails its international responsibility.”

“This criminal act also entails the criminal responsibility of all those who had aided, abetted or otherwise assisted and supported, by any means, directly or indirectly, the planning or perpetration of this terrorist act, the clear example of which is the supportive role and the involvement of the Israeli regime in it,” Iran’s UN envoy added.

Takht-Ravanchi went on to emphasize that Lt. General Soleimani played a significant role in combatting international terrorism, and was rightfully entitled “Hero of the Fight against Terrorism” and “the General of Peace.”

“Therefore, his cowardly assassination was a big gift and service to the Daesh and other Security Council-designated terrorist groups in the region,” the Iranian diplomat said.

Lt. General Soleimani and his Iraqi trenchmate Abu Mahdi al-Muhandis, Deputy Head of the Popular Mobilization Units (PMU) were targeted along with their companions on January 3, 2020, in a terrorist drone strike authorized by Trump near Baghdad International Airport.