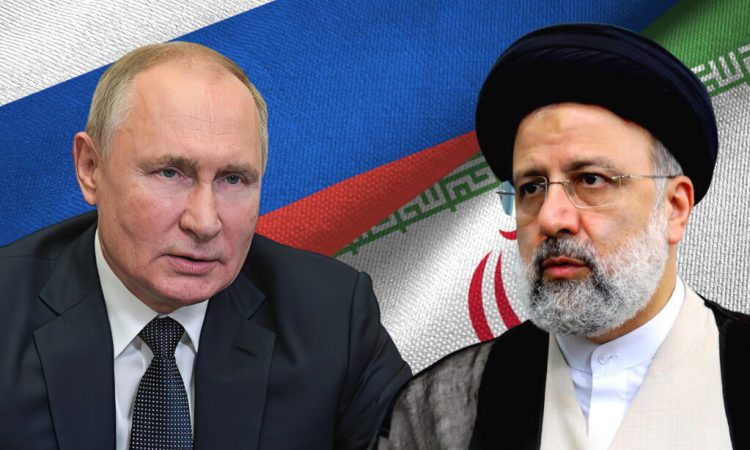 Following a pivotal visit by Iranian Foreign Minister Hussein Amir-Abdollahian to China last week with an emphasis on the expansion of ties between the two nations, Iran’s President Sayyed Ibrahim Raeisi visited Russia to leave a lasting impression on his successful presidency record before his first full year in office.

As historical neighbours and vital states in the world, Iran and Russia’s relationship has evolved to unprecedented levels in the previous decade.

With President Raeisi’s election and a focus on the East, President Raeisi’s travel to Moscow and its implications must be considered as a watershed moment in the two countries’ relationship. Aside from the visit’s outcomes and discussions, it’s worth looking at President Raeisi’s invitation by his Russian counterpart, Vladimir Putin, a few months after the new Iranian administration seized office.

One of the most crucial factors to consider when defining the nature of the Iranian president’s visit to Moscow is Iran’s presence in the Eastern Block, which has two components: Iran’s re-orientation to the East and Iran’s engagement in strengthening the Eastern Block.

In other words, in recent years, Iran and major Eastern countries such as Russia, China, and even India have had various viewpoints on increasing connections and making alliances, each with its own set of purposes and benefits.

On the one hand, despite the fact that many commentators refer to the twenty-first century as the “Asian Century,” the Islamic Republic of Iran has chosen an Eastern-leaning policy in accordance to the instructions of Supreme Leader Ayatollah Sayyed Ali Khamenei. China, India, Japan, and Russia, according to World Bank forecasts, will make up four of the top six economic powers by 2040.

The emergence of China as a future economic, scientific, and technological behemoth, as well as mutual interests in Tehran’s international engagement with Russia and China in the face of Western unilateralism, hegemony, and invasions, are the major drivers of Iran’s shift to the East. China is a big nation that belongs to some of the world’s most prominent economic organisations, including the recently founded Regional Comprehensive Economic Partnership. As a consequence of this expansion, governments all over the world are striving to renegotiate their ties with China and form economic and political alliances with Asia. Furthermore, today, all countries compete for access to trade highways, and there is essentially new competition among countries on these highways, including important transit programmes like China’s One Belt, One Road Corridor—also known as Belt and Road Initiative—(BRI) and the North-South Corridor, both of which are near historic opportunities for Iran to benefit from.

Iran’s participation in the East Axis, on the other hand, supports both Russia and China for a number of reasons. Iran’s membership in economic organisations such as the Shanghai Cooperation Organization (SCO), the signing of free trade agreements with the Eurasian Union in 2019 (which includes Armenia, Belarus, Kazakhstan, Kyrgyzstan, and Russia), and possibly in the future with BRICS (Brazil, Russia, India, China, and South Africa), are proof of this.

The four-decade conflict between Iran and the United States has long been considered as the most major hurdle to Iran’s formal entry to the SCO. Iran’s formal entrance to the major cooperative organisation in September, on the other hand, underlined that Tehran is now seen as a crucial backer of the East axis.For openers, China and Russia depend substantially on Iran’s support in the war against US hegemony. The United States is bounded by water on two sides. As a result, the fleet is employed to retain, expand, and sustain hegemony, culminating in ocean control. When large countries wish to challenge American hegemony, they move to the Heartland, which contains sections of West Asia and is regarded the world’s core, and focus all of their efforts on conquering the Eurasian region of the Heartland. The New Silk Road initiative is a great step forward, and while China is the program’s architect, it is not acting alone.

Since 2000, Russia has aspired to govern the Heartland coastlines as a heartland power. This was done by utilising the North-South Corridor. This corridor connects Astrakhan, Iran, with Baku, Azerbaijan, before travelling through Iran and into India via the Bandar Abbas and Chabahar ports.

Second, Iran is significant to China’s leadership for a number of reasons, including the fact that Biden’s government, like Trump’s, has centred its major foreign policy aim on controlling China. Because of its near to the Persian Gulf and oil riches, Iran is strategically crucial to China. Second, as Iran is the only nation that has always adopted an autonomous energy policy, it cannot be compared to Saudi Arabia or the United Arab Emirates in this respect. The Russians, who have always wanted warm seas and have spent the last two decades under Putin striving to retake control of the Arab world, view collaboration with Tehran as a manner of attaining their ambitions.

What were the aims and issues of the meeting between Raeisi and Putin?

Iran’s President Ibrahim Raeisi and Russia’s President Vladimir Putin discussed ways to enhance economic, political, military, and cultural relations. The preparations for the signing of a 20-year “Strategic Partnership Deal” reflect better teamwork. The partnership agreement, signed in 2001 and slated to expire in 2021, was automatically extended for an extra five years. However, the two states are striving to adapt the deal to the changing global scene. To do this, a strategic partnership agreement was drafted.

According to Iranian authorities, no deal was made during the visit, but conversations with Russia might help strengthen commercial relations and pave the path for Iran to join the Eurasian Economic Union permanently.

According to Ebrahim Rezaei, president of the Iran-Russia parliamentary friendship group, the two nations’ trade volume has already topped $3 billion. Both are dissatisfied at this point, as their talk made quite evident. Given the sanctions placed by the West on Moscow and Tehran, increasing economic cooperation may be an extremely efficient tactic for mitigating their effects.

Both presidents’ agendas were dominated by regional developments. Moscow and Tehran are cooperating closely on the Syrian and Afghan crises, as well as on settlement approaches, the fight against terrorism, and the preservation of peace and security in the South Caucasus.

Another significant feature of President Raise’s visit is his involvement in the ongoing nuclear negotiations with Iran and other countries, which began in late November. Despite the lack of progress in the discussions so far, Russia and China are applying enormous pressure on the US and Europe to agree to lift anti-Iran sanctions.