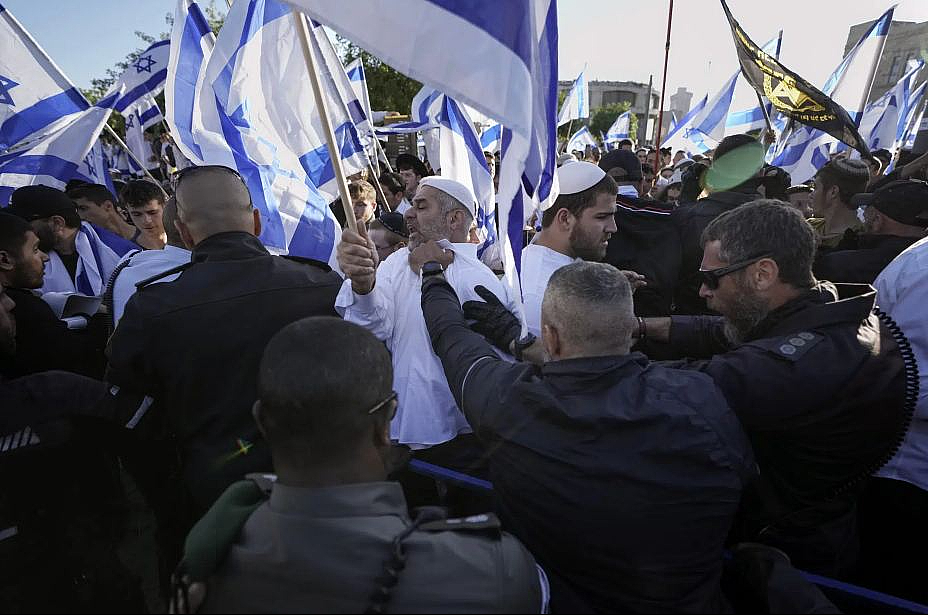 The Zionist regime is currently grappling with a myriad of existential challenges that are pushing it to a perpetual state of imminent collapse.
In addition to its formidable geopolitical and regional troubles, Israeli society is also inundated by an overwhelming socio-economic crisis. Since culture is regarded as a fount of national cohesion, there exists no strong national identity in Israel, which undoubtedly poses a menacing threat to the country’s social homogeneity
According to eminent sociologists, the so-called national movements in Israel have given way to ethnic and racial affiliations, while the political parties merely reflect these sectarian schisms.
For instance, Yisrael Beiteinu [Israel Our Home] is a right-wing party comprised exclusively of secular Russian-speaking Israelis.
These ethnic and linguistic social fault-lines reveal that Israel cannot be defined as a harmonious society, but rather as an archipelago of disparate and isolated ethnic communities existing in a sea of seething disdain and roiling hatred.
As previously mentioned, an utter lack of a sense of national identity is one of these social predicaments.
Despite Zionism’s ideology that Jews must diligently preserve their identity and cultural frameworks to deserve a state in the so-called “God’s Promised Land,” many young Israelis who are coming of age remain confused about their identity.
Furthermore, at least superficially, the Zionist political system is based on secularism, which has nothing to do with Judaism, with its strict and orthodox religious law, the main bond that could bring together different communities with insurmountably divergent worldviews.
Today, many Israelis believe that their crumbling society has been plagued with an inextricable identity dilemma that has already sealed Israel’s looming doom in the coming years.
Aside from its endless political imbroglios, Israel’s has been mired in an economic, institutional and financial crisis faster than most expected.
The following are simply a few examples of the insufferable and wretched life Israelis experience today in the occupied territories:
One-third three of Israelis refrains from seeking mental health services due to embarrassment, shame, and fear of being subjected to negative social judgments and over the last five years, suicide has been the second cause of death for males aged 15–24 and the third cause of death for females in the same age group.
Over the previous decade, about half of the suicide attempts have been carried out by young Israeli males and females under the age of 25.
The rate of suicide among Ethiopian Jews [Falash Mura] is 3.5 times higher than other Jewish communities. In addition to widespread socioeconomic problems, members of this disadvantaged community face greater social prejudice.
About 45% of Israeli teachers have experienced verbal and physical violence, damage to private property, internet abuse, and sexual harassment by students, yet the majority of them remain silent due to lack of support from the judicial system. Moreover, the hapless teachers are concerned that any legal action may besmirch their reputation and credibility. In addition, according to a recent research, one of the reasons Israeli teachers leave their professions within the first three years is because of violence against them, which leads them to lose confidence and authority over their pupils.
Teenagers in Israel are being sexually harassed and bullied online at alarmingly rates. Rape incident made up between 30–33% of the reported cases this year. 14–17% of incidents involved suicide or other potential life-threatening situations.
Another research that tracked the online behaviour of Israeli teenagers on social media platforms found that teenagers’ discourse is becoming dangerously radical. These internet discourses include death threats, molestation, vulgar comments about religion, and obscene language.
In fact, the moribund Zionist regime which is desperately trying to stop its doomsday clock from ticking has been drowning in its own social misery.
Jeff Gates, a famous American analyst who authored the renowned book “Democracy At Risk” wrote in an article that the US Central Intelligence Agency (CIA) cast doubt over the survival of Israel beyond the next two decades.
The Times of Israel reported in March 2018 that former Mossad director Shabtai Shavit has been expressing serious concerns about Israel’s future.
“As intelligence people, our most important skill is being able to anticipate the future,” Shavit added. “So I ask myself what kind of country will my grandchildren inherit, and I cannot give an answer to that.”