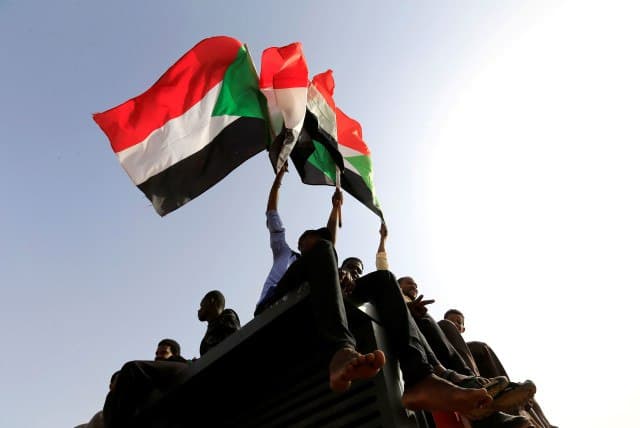 According to an Israeli newspaper, Mossad, Israel’s internal security agency (Shabak), and the Zionist regime’s Foreign Ministry were all involved in the recent coup d’état in Sudan. Tel Aviv actively has assisted the Sudanese military in staging the coup, and the deputy chairman of the military ruling council is openly collaborating with Mossad. An Israeli intelligence source spoke with the Hebrew-language daily “Israel Hayom” about the unfolding developments in Sudan, criticising the US Ambassador to the Horn of Africa, Jeffrey D. Feltman, who tweeted that Sudan’s military coup is unacceptable. “The US should aid the Sudanese army and its governing council president, Abdel Fattah al-Burhan, in their struggle against the civilian prime minister, Abdullah Hamdok,” an anonymous intelligence source told Israel Hayom. “It was inevitable that things would end in a coup,” the intelligence source said, noting that the prime minister and the chairman of the governing military council had been on opposing sides for quite some time. “Even though Al-Burhan and Hamdouk realised the importance of repairing Sudan’s ties with the West, but democracy can not reign in a country that has grown accustomed to three decades of one-person rule led by Omar Al-Bashir. The current situation in Sudan reminds me of Egypt at the end of Hosni Mubarak’s tenure,” the intelligence source added. “Biden’s administration was serious about building a western-style democracy in Sudan,” the source noted.

“However, Al-Burhan is in a better position to forge ties with the United States and Israel than Hamdok.” Because Sudan’s army is stronger than a civilian administration and Al-Burhan is the army’s commander-in-chief, according to this intelligence source, recent events will prepare the road for long-term security, which will benefit the United States and Israel. Sudan was one of four nations that started the process of normalising ties with the Zionist regime [Israel], according to Israel Hume, but Khartoum has not made any significant measures in that regard and has not set up a representative office in the occupied territories. One reason for this is Hamdok’s opposition to the normalisation of relations with Tel Aviv. “Sudan is a vast country with a geostrategic location, and its stability is vital for Israel’s regional security,” former Israeli intelligence minister Eli Cohen was cited in the Israel Hayom as saying. Sudan’s desire to develop ties with the US and Israel will almost certainly continue after the coup since it is in the country’s best interests to grow its economy, ensure peace, and restrain radical Islamic organisations, the newspaper added. Furthermore, Barak Rafid, a political journalist for the Hebrew-language website Walla, said during an interview with Tel Aviv-based Radio Afam 103 that the Zionist regime had a significant role in Sudan last year and even in recent weeks. According to Rafid, Tel Aviv was engaged in tragic events in Sudan and has been in cahoots with Mohammad Hamdan Daqlou, (also known as Hamidati), Abdel Fattah al-Burhan’s deputy. During a recent trip to the United States with Israeli Foreign Minister Yair Lapid, Rafid had learned from a US source acquainted with Israel’s malicious Sudan activities that Washington was unhappy with Israel’s assistance to the Sudanese governing military council. Sudan’s second-in-command has been openly coordinating with Mossad and has been involved in recent events in Sudan, Rafid claimed. In view of US displeasure about Israel’s meddling in Sudan’s domestic politics, Rafid added, recent developments in Sudan lead to questions about what Israel has done there lately and what role it has played in the military coup.