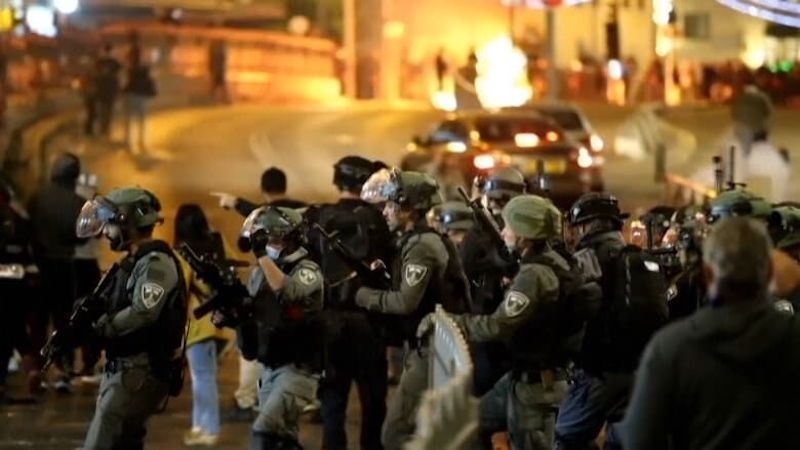 Dozens of Israeli settlers stormed the compound of al-Aqsa Mosque in occupied east of al-Quds, another provocative move against Palestinian believers.

Eyewitnesses told Ma’an news agency that Thursday’s crackdown on radical settlers was carried out with strong protection from Israeli forces. The sources said that the settlers hoisted Israeli flags and performed provocative dances in the area. The occupying forces also deployed soldiers inside and around the mosque to secure the settlers’ entry, eyewitnesses said.

Israeli soldiers attacked scores of Palestinians, including young men, in the courtyards of the mosque through the Bab al-Amoud neighborhood and the old city. They attempted to force the Palestinians to leave the site so that the colonizers could visit, leading to protests. Meanwhile, the Palestinian resistance movement Hamas called on Palestinians from all walks of life to mobilize en masse to increase their presence on the mosque compound and protect the holy site from repeated incursions by Israeli settlers.

“We salute the Palestinian people in the Occupied Palestinian Territories and throughout the West Bank who stand firm against the violations and crimes committed by the Israeli occupation,” the statement said. Hamas also calls on the Arab and Muslim Ummah, along with the free people of the world, to “support the steadfastness of the Palestinian people and work to protect them from the encroachments of the Israeli occupation.” On Friday morning, thousands of Palestinian worshipers reached the Al-Aqsa Mosque to perform Friday prayers in its courtyards amid the tough Israeli measures. Israeli settler incursions into Al-Aqsa Mosque have increased in recent weeks amid the arrival of a new far-right regime led by Prime Minister Benjamin Netanyahu.

Such mass incursions by settlers almost always take place at the behest of Tel Aviv-backed temple groups and under the auspices of the Israeli police in al-Quds, leading to daily confrontations with Palestinians at the mosque, with many injured, arrested and killed. The issue has been a major flash point between the Israeli occupation and the Palestinians for decades. It was the epicenter of the 2000-2005 Palestinian intifada, also known as the uprising. News sources reported on Wednesday morning the attack by Zionist military forces on Nablus in the north of the West Bank and the capture of Palestinian resistance forces.

According to the Palestinian news agency Maan, several Zionist regime patrol vehicles raided the eastern part of Nablus and stationed themselves around the tomb of Joseph (Yusuf Nabi, AS) to prepare this place for the religious ceremonies of Zionist settlers According to the report, the presence of Zionist military forces to the east and south of Nablus resulted in serious clashes with Palestinians, injuring several of them. The Zionist military began shooting and they threw sonic bombs and tear gas to drive the Palestinians away. The Arin Al-Aswad resistance forces also announced that fighters from this group clashed with Zionist military personnel in Nablus and fired on their armored vehicles.