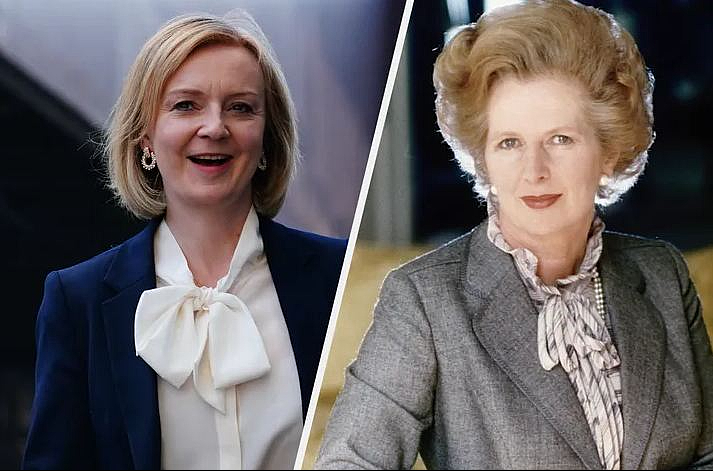 Despite having been a member of the Liberal Democratic Party, an opponent of Brexit, and a fervent critic of the British monarchy in her youth, Liz Truss evinced her talent in making dramatic U-turns by supporting Brexit and other right-wing views.
She ascended rapidly through the Tory Party’s ranks, serving as the Secretary of State for Foreign Affairs under Boris Johnson’s administration and ultimately defeating her main rival, Rishi Sunak, the Chancellor of the Exchequer, by garnering the support of the Party’s rich and veteran members to become the country’s third female PM.
According to Truss’ avowed political agenda, her tax reduction strategy is purportedly intended to stimulate the British economy, however, it is only an attempt to reduce the government’s social service obligations.
Many observers believe that the tax-reduction policies of Truss, — and the concomitant rise in inflation rate– is a risky bet for the Conservative Party and Truss herself.
The British media often refers to her as a “Second Margaret Thatcher.” Could she be the reincarnation of the infamous “Iron Lady”? If that’s the case, how would her progress stack up against that of her mentor?
What gives the election of Truss special significance is that she seeks to mitigate the UK’s financial whirlwind by reducing taxes to strengthen the private sector and state-shrinking, which is nothing but replicating Thatcher’s notorious legacy.
The blight of neo-liberalism in the West began to emerge in the midst of the 1980s, first in the United Kingdom under Margaret Thatcher, which unleashed its wrath on Keynesianism and the welfare state.
The UK is now facing one of the most catastrophic crises in its modern history, as the Bank of England (BoE) projected a long period of economic contraction for the last three months of this year and until 2023, the outlook seems bleak.
The most salient symptoms of the British failing economy are the country’s double-digit inflation rate and the pound’s plunge to its lowest level against the dollar in over three decades.
As winter approaches, citizens’ fear about increasing fuel costs and power bills forced Truss to reluctantly promise a support package. Obviously, the urgency of the situation necessitated a short-term solution, but that won’t stop her from pushing his Thatcherian economic platform.
The majority of Britons already living in sheer poverty would bear the brunt of this horrible policy that would inevitably lead to the deterioration of income inequality, a decline in the standard of living, a widening of class gaps and an accumulation of national debt.

Conclusion
Thatcher was the product of the advent of neo-liberalism, whereas Truss is the product of its collapse. The ascent of Margaret Thatcher was synonymous with the aggressive attack of neo-liberalism, while the rise of Truss is occurring in the wake of a major crisis that has brought the United Kingdom to the brink of the bottomless abyss of stagflation.
The simultaneous rise of Truss and the demise of Queen Elizabeth II foreshadow an ominous future for British politics: a rotten and moribund system incapable of finding viable solutions to its entrenched crises.
But it remains to be seen if British society will allow Truss to determine their fate by exhuming Thatcher’s neo-liberalism.