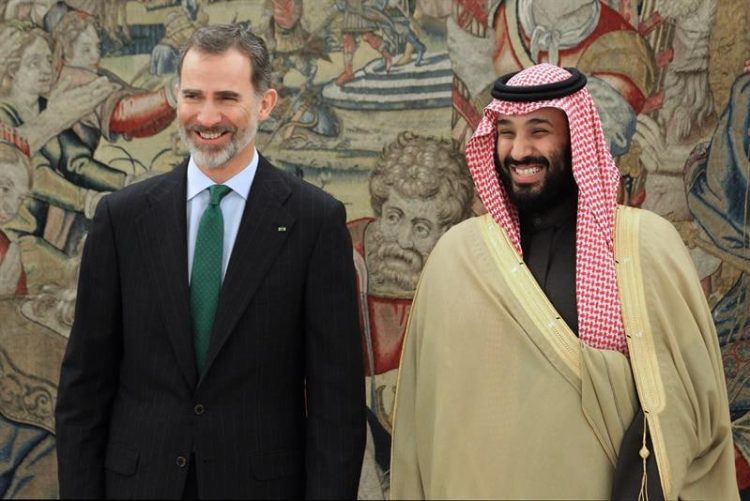 It has been over eight years since the Saudi-led coalition waged a full-fledged invasion of Yemen, causing the worst humanitarian tragedy the world has ever witnessed. Today, Yemen, the most impoverished nation in the Middle East, has been ravaged by famine, disease, and cholera outbreaks.

In spite of the United Nation’s endless attempts to mediate a ceasefire and overwhelming condemnation by human rights organisations against Saudi and UAE atrocities, there are still no promising signs that heinous war crimes against Yemeni civilians, including children, women, and the elderly, will halt anytime soon.

According to UN-affiliated aid groups, Yemenis are now plagued by malnutrition and extreme hunger, with an estimated 17.4 million civilians needing immediate assistance across the war-torn Arab nation, with the number expected to climb to 19 million by the end of the year.

Despite worldwide public indignation and repeated appeals for the Saudi-led coalition to lift its cruel blockade against Yemen’s key ports, millions of Yemenis are on the brink of agonising death due to a catastrophic shortage of medicine and food.

Notwithstanding pledges from the US and Western governments to cease supplying armaments to Saudi Arabia, the oil-rich kingdom continues to receive modern weaponry from its Western allies, which eventually will be used to target civilian-populated areas.

One of the most important clients of Spain’s military industry is Saudi Arabia. The Spanish government has faced vehement criticism for inking shameful military agreements with the regime in Riyadh in the past decades. From the very outset of the devastating onslaught against Yemen, the Spanish authorities had been rebuked by human rights groups for selling lethal weapons to Saudi Arabia. For instance, back in 2015, the Saudi regime spent €540 million on a controversial arms deal, which had accounted alone for 15% of Spain’s entire exports of weaponry.

The vast bulk of the weaponry purchased by the Saudis from their greedy Spanish suppliers were air-to-air refuelling (AAR) jets. Nevertheless, other types of military hardware, such as mortars and artillery ammunition, had been included in Riyadh’s purchase list from Spain.

Furthermore, nineteen months after the start of the war against Yemen, the Spanish monarch gave the green light for the sale of modern warships to Saudi Arabia. Accordingly, in November 2016, a deal was concluded under which Spain delivered five warships to Saudi Arabia, which were probably used in the subsequent naval blockade against Yemen’s civil maritime transportation.

In the midst of Saudi barbaric airstrikes against Yemeni cities, the Spanish EL PAÍS daily published a horrifying exposé in September 2018, according to which Madrid doubled its arms shipments to Riyadh, which resulted in the perishing of thousands of Yemeni civilian lives.

According to the famous Spanish newspaper, the terrifying report was brought to light after a spokesperson for the Spanish government claimed that the ammunition delivered to Riyadh would not be used against Yemeni civilians.

Nonetheless, and contrary to Spanish authorities’ reassurances, the Saudi-led coalition had used the same Spanish-made weapons in a deadly raid, murdering dozens of innocent Yemeni children by striking a school bus.

Although the centre-left Spanish administration had repeatedly vowed to reconsider its arms sales to Saudi Arabia in the aftermath of that appalling carnage, the arms transferred by Spain’s Airbus company to Saudi Arabia and also the UAE might have been used in crimes against Yemeni civilians, according to a new report published by a large umbrella of human rights NGOs.

The report also reveals new aspects of direct complicity between the Spanish Airbus Company as well as other aircraft companies in Spain with the two Persian Gulf Sheikhdoms, and their abominable war crimes perpetrated in Yemen; according to which Madrid played a significant role in the manufacture, export, and maintenance of Saudi Eurofighter Typhoon jets and its refuelling tankers.

It is noteworthy to mention that the Airbus A330 MRTT [a multi-role refuelling aircraft] and the different parts of Eurofighter Typhoons are manufactured by the Spanish Airbus Company in the two cities of Illescas, [located in Toledo Province], and also in Getafe, [close to the Spanish capital, Madrid], which are then delivered to the BAE Systems, a UK-based arms company, to be ultimately exported to Saudi Arabia.

Article
Saudi Arabia
Yemen
There are no comments for this article