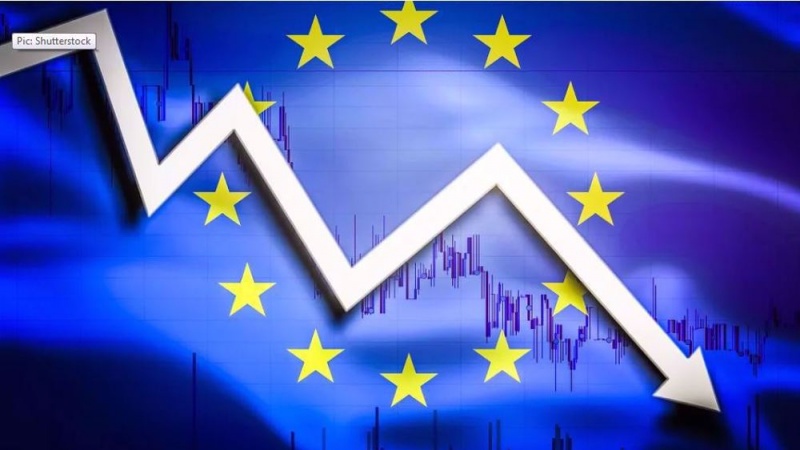 A third of the world will be affected by the recession in 2023, including half of the European Union; it will especially last longer in the UK.

The director of the International Monetary Fund, the IMF, Kristalina Georgieva, issued a stark warning about the economic outlook in 2023 on Sunday (January 1st), warning that this year will be even more difficult than 2022. The economies of the US, EU and China have slowed and the conflict in Ukraine, soaring prices, rising interest rates and the rise of COVID, have all contributed to this slowdown. Mondial economy.

The head of the IMF assumes that a third of the global economy will be hit by recession in 2023. “For much of the global economy, 2023 will be a difficult year, more difficult than the year we leave behind. . Why ? Because the three major economies, the United States, the EU and China are all slowing down simultaneously. Half of the European Union will be in recession next year,” notes Kristalina Georgieva. In October 2022, the IMF downgraded its outlook for global economic growth in 2023. They blamed the bleak outlook on the ongoing conflict in Ukraine and tighter monetary policies.

According to Georgieva, China will have a very difficult start to 2023 as it is expected to grow at or below global growth for the first time in 40 years. “China has slowed significantly in 2022 due to this strict zero COVID policy. For the first time in 40 years, China’s growth in 2022 (sic) is expected to be equal to or lower than global growth; this has never happened before. And looking at next year, for 3, 4, 5, 6 months, the easing of COVID restrictions would mean bushfire COVID cases all over China,” the IMF Managing Director warns.

According to Georgieva, the American economy could avoid a recession, however a strong labor market in America could lead the American Federal Reserve to keep interest rates tight in order to fight against high inflation, which could have negative economic consequences. . The IMF is not, however, the only institution to issue this warning. The UK-based Center for Economics and Business Research (Cebr) has predicted a global slide into recession next year as a number of economies contract due to soaring borrowing costs introduced to fight inflation.

“We expect central bankers to stick to the guns in 2023. Despite the economic costs, the cost of bringing inflation down to more comfortable levels is a poor growth prospect for a number of investors. years to come,” recalls Kay Daniel Neufeld of the centre. The Cebr report is more pessimistic than the latest forecasts from the International Monetary Fund. Meanwhile, oil prices continue to fall, weighed down by rising COVID cases in China and a recession warning from the IMF. The warning comes amid a deepening economic crisis in developed countries. Recently, Germany’s Federal Statistical Office said the country was struggling with the highest annual inflation in more than 70 years.

Soaring energy prices have cost Europe almost $1 trillion according to a recently published report which indicates that the current situation is part of the fallout from the war in Ukraine and is only the beginning of the deepest crisis in decades. According to official data, inflation reached 7.9% in 2022, amid soaring energy and food prices. The last time annual inflation was close to this level was in 1951, when it stood at 7.6% at the start of the post-war economic boom. And among others, the UK is facing one of the worst recessions among the world’s major industrialized countries this year.

“We are not the government; we haven’t been in power for 12 years. Every aspect of society has been affected by government policy, 10 years of austerity, cuts to the economy, slowing growth, a mismanaged Brexit, whatever your opinion of Brexit, all of this has led where we are today. But the fact that we have so many people on strike and so many people suffering, only the government can change that; or a change of government can change it,” says a striking worker in the UK.

Recession: half of the EU affected in 2023