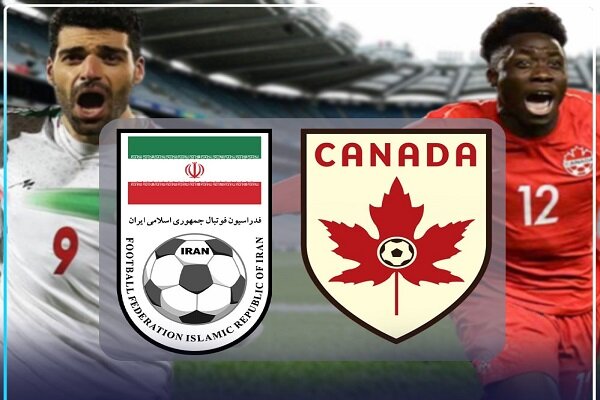 The Iranian national football team was scheduled to meet the Canadian national team in a pre-World Cup friendly match in Vancouver on June 6th.Earlier, the Iranian and Canadian football federations had officially agreed to hold two preparatory matches for the Iranian national football team against Ecuador and Canada in Vancouver. However, the Canadian Football Federation has decided to call off the friendly match for no apparent reason.Under pressure from Israeli lobbies, Canadian Prime Minister Justin Trudeau publicly voiced his displeasure with the Iranian national team’s decision to visit Canada.In recent years, sports organisations have consistently advocated that politics be kept out of sports, even going so far as to achieve the goal of no political meddling in athletic events; many politicians and governments have been fined or prevented from participating in sporting tournaments.The separation of sport and politics, on the other hand, has rarely moved beyond clichés. Meanwhile, as the world’s most important sports event, the Olympics have traditionally served as a platform for displaying the political viewpoints of certain participating countries. Regrettably, politics has always cast its long shadow over athletic events, and politicians have exploited sporting events whenever it suited their own purposes. This is despite the International Olympic Committee’s emphasis on maintaining a separation between politics and sport.According to the FIFA Charter, “We established this federation for universal friendship.” Nonetheless, there are numerous examples of flagrant breaches of this valued standard. Canada’s controversial move is also a blatant violation of FIFA’s rules and regulations. In fact, the recent move by the Canadians is likewise a breach of FIFA’s rules and regulations. By unilaterally cancelling the football match with Iran, Ottawa has harmed the zeal and sportsmanship of both Iranian and Canadian football fans seeking friendship between their countries.Interestingly, according to evidence obtained by Iranian patriots living in Canada, the Israeli lobby was involved in the cancellation of the Iranian national football team’s friendly matches. There have also been reports that the relentless lobbying of some infamous anti-Iranian dissidents, such as Hamed Esmaeelion and the terrorist Mojahedin-e Khalq Organisation (MKO), has contributed to the cancellation of the Iranian national football team.Another thorny issue is that diplomatic relations between Tehran and Ottawa have been suspended since September 7, 2012. At the same time, the then Canadian Foreign Minister, John Baird, cited Iran’s support for Syria, Iran’s peaceful nuclear programme, and its hostility to the Zionist regime as the reasons for the decision to sever diplomatic ties with Tehran, and called Iranian diplomats in that country “persona non grata”.The cancellation of the Iran-Canada match was allegedly based on the Canadian players’ opposition to playing with the Iranian national team due to the tragic, albeit inadvertent, crash of the Ukrainian aircraft in January 2020.Finally, Canada, like other Western countries, has once again shown that they do not honour their commitments and that policy takes precedence over athletic activities and ethical values. For Iran, this bitter incident served as another reminder that Western countries can never be trusted.

Article
Iran
canada
football
There are no comments for this article