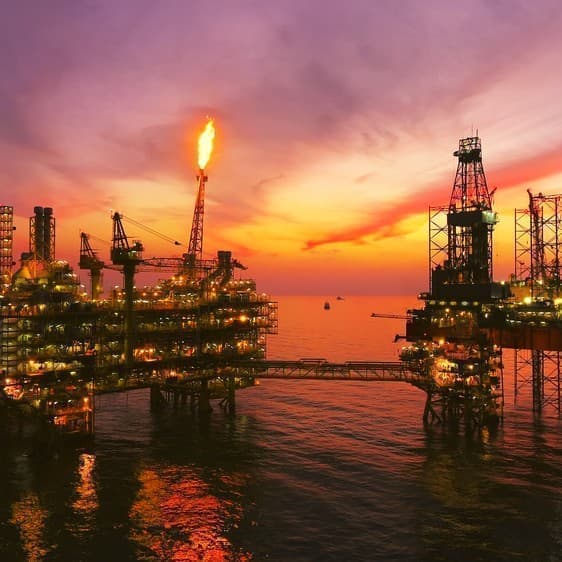 Following the industrial revolution and the dominance of the capitalist system over all facets of society, industry and factories have evolved into the primary means of production and, more generally, the source of economic and political power for the nations that possess them. Over a century has passed since oil and natural gas were discovered, and the exploration, extraction, and marketing of the natural gas have affected numerous political equations.

The importance of energy resources in the Mediterranean Sea

The richest natural gas reserves in the Mediterranean Sea are located in the eastern section of the sea, along the maritime borders of Turkey, Syria, Lebanon, occupied Palestine [Israel] and the Gaza Strip, Egypt, and Cyprus. Geologists have recently announced that nearly 60 trillion cubic feet of natural gas had been discovered in the Mediterranean basin. In addition, the United States Geological Survey [USGS] estimates that this body of water probably contains 122 trillion cubic feet of natural gas and 1.7 trillion barrels of crude oil. In other words, the quantity of gas in the Mediterranean Sea’s depths is enough to meet the consumption of the European Union for 76 years.

The Zionist regime’s greed in the Mediterranean Sea

The oil and gas riches lying under the Mediterranean Sea have made recent years quite profitable for the Zionist regime, as years of political turmoil in Lebanon and Syria provided the ideal opportunity for Israel to steal the Arab nations’ share of the Mediterranean gas reserves. Zionists aimed to establish themselves as one of the world’s energy hubs by blocking the extraction of natural gas by Lebanon, Syria, and the Gaza Strip, which would improve the living conditions of the people in those countries. Nonetheless, Hezbollah’s deterrent force drove the Zionist regime back from the Lebanese maritime territories. Zionists ultimately agreed to draw sea boundaries with Beirut, ceding Lebanon’s rightful share of the Mediterranean’s natural gas wealth.

On the other hand, a new deal between Syria and Lebanon to demarcate maritime boundaries would ensure the economic interests of both parties. Economists in Lebanon suggest that their nation can make advantage of its energy resources in the Mediterranean Sea to become one of the region’s energy exporters, or at least solve its chronic fuel and electricity outages.