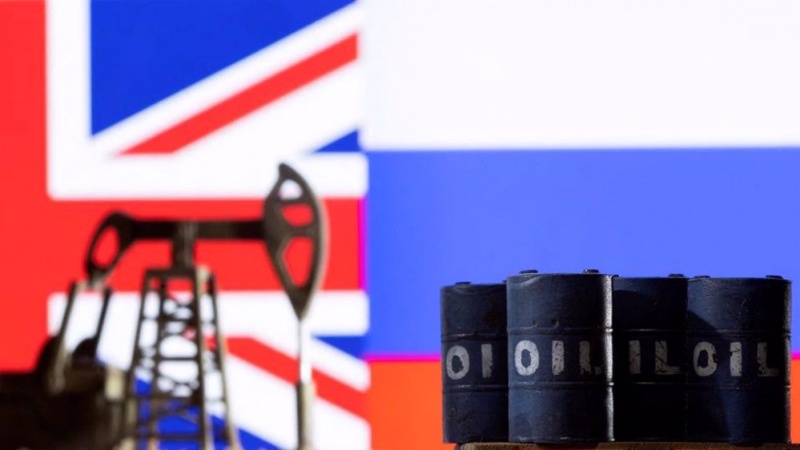 Britain has circumvented its own sanctions against Russia, according to a report that it has managed to track dozens of shipments of Russian oil to the United Kingdom since March.

The U.K.’s Sunday Times newspaper said in a report that the U.K. has bought at least 39 shipments of Russian oil since Moscow launched its military campaign in Ukraine in late February.

The UK has banned imports of Russian oil and oil products into the UK because of the conflict in Ukraine.

At least 13 of them reportedly arrived in June and July.

However, official figures on oil imports from Britain’s Office for National Statistics (ONS) showed that Britain received no oil from Russia in those two months.

“When Vladimir Putin’s army bombed Ukrainian soldiers trapped at the Azovstal steel plant in May, the tanker Mariner III left the southern Russian port of Tuapse with nearly 200,000 barrels of oil,” the report said. After five days at sea, it said, the vessel “stopped alongside a larger tanker, the Greek-owned Marinoula, in the waters off Kalamata, Greece.” It added: “The two vessels were connected by large rubber pipes while the Marinoula siphoned some of the Mariner’s cargo.”

“After the ship-to-ship transfer, the Marinoula sailed to Britain, where it docked at Immingham in Lincolnshire and unloaded about 250,000 barrels of oil on June 6,” the Times wrote.

In Europe, oil and gas shortages due to Western sanctions against Russia and a resulting price spike threaten to upend lives and businesses.

Britain
Russia
There are no comments for this article