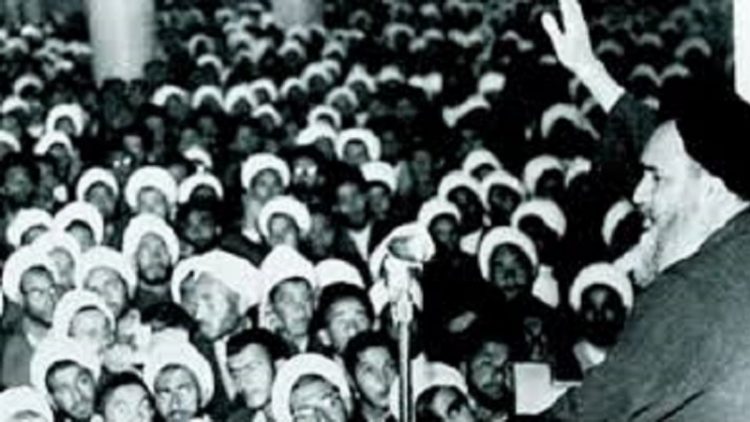 a ceremony was to be held at the Qom Theological School (Feiziyyeh). Thousands of people went to Qom to spend their vacation near Hadrat Fatima Masumah (sa) Shrine. On this historic day, while the garden of Feiziyyeh was packed and the crowd resembled the waves of the sea, and the religious leaders, one after another, were coming from the minbar to speak to the crowd, trying to take advantage of such an opportunity to awaken the people, the Shah’s agents began to put into action their nefarious and treacherous plan to destroy Islam and the enlightened precepts of the Holy Quran.

The Shah’s agents, armed with clubs and sticks, mercilessly hurled themselves at the defenseless students of theology and their teachers. The fighters of Islam, the wise religious revolutionaries, bred in the school of thought and action of the Koran, were struck to the point of spilling their blood on the ground. Dozens were martyred and severely wounded. Copies of the Holy Quran and any other books that the agents of the tyrannical regime could find were burned.

The assassins of the Shah, instead of giving a logical and correct answer to the desires and aspirations of the Muslim people, who demanded only the breaking of political, military and economic relations with Israel, and who had adapted to poverty and to a diet of dates and dry bread in a country that possesses enormous natural riches, responded with killings, torture and looting. The 25th of Shawwal, the day of the martyrdom of Imam Jafar as-Sadiq (as), which had always been a day of mourning and sadness, became even more so after this massacre.Some people ran to warn the religious authorities of the attack.

They found the door of Imam Khomeyni’s house open. When they entered and told him what had happened, the Imam said, “Do not be sad or worried. Do not be afraid. Drive out fear and anxiety from you. You are the followers of guides who persevered in the midst of difficulties and tragedies. What we see today is nothing compared to what our great guides suffered, who lived through a day like Ashura and a night like Muharram 11: they offered everything in the path of God’s religion. What are you talking about now? What are you afraid of? Why are you anxious? It is a failing for those like you who claim to follow Hazrat ‘Ali and Imam Hossein to get lost in front of the misdeeds of the present regime. The regime has ruined itself by carrying out these crimes. It has clearly shown its essence of Genghis Khan. Its tyrannical methods have caused its ultimate defeat.

We have won. We had asked God for this regime to show its true nature and discredit itself. The great Islamic leaders were killed, imprisoned and sacrificed to preserve Islam and the precepts of the Holy Quran. They have preserved and transmitted the Islamic religion to us. Today, it is our duty to prepare ourselves to face any difficulty to defend Islam and crush the hands of the traitors. “Imam Khomeyni knew that the only purpose of this bloodshed by the Shah, the massacres, the selling off of the nation, his dictatorship, was to destroy the movement that had been created around him, of the fighters of Islam and the Hezbollahi. He knew that sacrificing in the path of God and for God’s creatures means winning and losing, being respected and insulted, being whipped, martyred and hundreds of other difficulties. One cannot expect that a person who moves for such a high, sacred and pure goal as the establishment of an order of social justice and Islamic precepts, facing the oppressors in the battle between truth and lies, would not be ready to endure torture, imprisonment and other unspeakable sufferings.He knew that this blood shed unjustly in the garden of the Feiziyyeh Madrasa would boil over. The Shah’s crimes and massacres would not be forgotten. He knew that the despotic regime would not, ever, be able to wash its hands of the innocent blood of so many people.