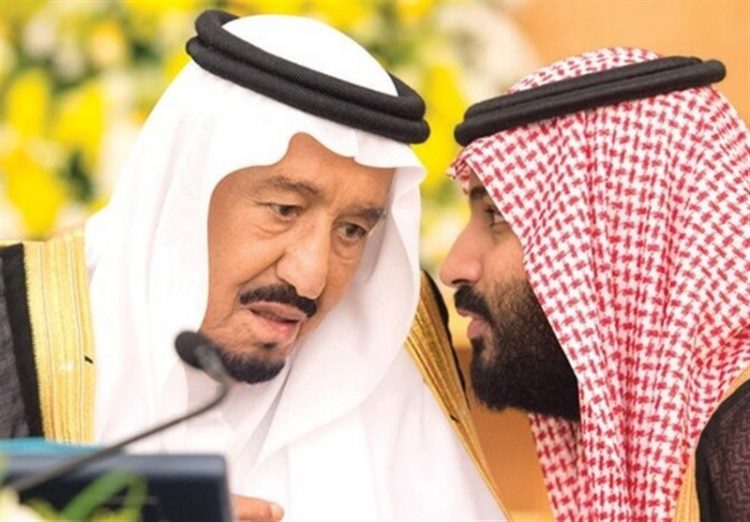 ﻿﻿The Kingdom of Saudi Arabia (KSA) is currently undergoing a crucial juncture in its modern history, marked by the assiduous search for a new role in evolving geopolitical dynamics, in which Riyadh’s decades-long alliance with Washington no longer guarantees the oil-rich regime’s vulnerable environment.

Five days ago, Saudi Arabia’s octogenarian King Salman was admitted to a hospital for unspecified reasons, unleashing wild speculation about the country’s uncertain political future.According to observers, the political establishment in KSA is preparing to hand over power to the third generation of the late King Abdulaziz, the country’s founding father.If the current economic downturn were absent, the Saudi king’s health, Salman bin Abdulaziz, would be less significant.In light of official silence, social media has been inundated with reports of the king’s deteriorating health, implying that rapidly unfolding events are different for impoverished Saudi citizens unfamiliar with the looming transfer of power from Abdelaziz’s sons to his grandchildren.Given the many challenges that Saudi Crown Prince Mohammed bin Salman [colloquially known as MBS] has encountered since his ascension to power after the 2017 infamous coup d’état against his cousin, Mohammed bin Nayef, Saudi society, which is suffering from a fragile economy, is not ready for the fact of handing over the throne to the amateur and flamboyant MBS.It is worth noting that the 2017 coup, marred by many controversies, shattered the cohesion of the Saudi royal family, exacerbating already hostile relations inside the ruling family.During the reign of the House of Saud, the elderly Saudi kings would remain in their posts [at least nominally], even if they were unable to perform their duties, and it was the crown prince, i.e., a brother or half-brother of the king, who would take over the day-to-day administration of the country. On the monarch’s death, power passed smoothly to the crown prince, as was the case with the aging King Fahd and his Crown Prince Abdullah.In that typical scenario, the Crown Prince did not face grave obstacles within the royal family since the long-standing mechanism of succession was based on inheritance only amongst the sons of King Abdulaziz, while relations with the western allies, namely the United States, remained robust.On the other hand, the US administration’s ties with Riyadh have sharply deteriorated to an all-time low, unprecedented in the past eight decades. These developments occurred after MBS turned down President Biden’s request to increase Saudi crude oil output, a rapprochement with Beijing, and not denounce Russia’s special military operation in Ukraine.As the United States’ attention has drastically shifted to the South China Sea, the relevance of the Middle East for American policymakers has diminished. As a result, the looming decline of Saudi-American ties, with all its entailing ramifications, immensely alarmed the KSA leadership, which finds itself lonely in the treacherous sea of worldwide upheavals.So it is not at all surprising that the gravity of King Salman’s failing health is no longer a concern for the Biden administration.In this regard, as long as King Salman remains alive, he will offer international and domestic clout to MBS, which, according to analysts, will only postpone the seething socioeconomic turmoil within Saudi society and its far-reaching impact on the evolving affairs across the volatile Middle East region, as well as on the oil market during these tumultuous periods.In the meantime, some of the YouTube channels affiliated with MBS have reported an alleged deal between MBS and Biden, mediated by the Israelis, in which the Americans have agreed to extradite Saad al-Jabri, a prominent Saudi opposition figure, back to Riyadh in exchange for increased Saudi crude oil production, which the US government has persistently sought to replace sanctioned Russian oil and gas.Suppose King Salman does not leave the hospital within the next few days. In that case, MBS needs to adopt immediate measures, either on behalf of his dying father or on his own, assuming the king’s absolute powers until Salman’s fate becomes clear.But in the case of his father’s demise, given MBS’ precarious position, severe schisms within the royal family will resurface. His fierce opponents could not forget his harsh repression tactics, supported by former US President Donald Trump, when he humiliatingly detained many potential candidates for the throne, including Muhammad bin Nayef and Ahmed bin Abdelaziz.Undoubtedly, the KSA’s power transition will be followed by a chaotic period of political instability, if not fueling widespread social unrest, as it will occur against a backdrop of ongoing global anarchy, during which MBS wrongly adopted an antagonistic attitude vis-à-vis Biden’s administration.However, feeling the rising tides of upcoming difficulties, MBS took complex strategies to boost relations with an emerging ally, Israel, which he deems a counterbalance against Riyadh’s arch-rival, Iran.In the desperate hope of ensuring a smooth power transfer after his father’s death, as well as vital strengthening Riyadh’s helpless stand against Tehran, as the Saudi Army has proven to be an absolute failure in the battle against outnumbered Iranian-backed Houthis, MBS passionately craves Tel Aviv’s full blessing.Even though the Saudi Prince has sought to deny allegations that he aspires to establish diplomatic-military ties with Israel once assuming the throne, he has long understood the need for Israeli support to tackle the formidable threats lying ahead of him.If purported reports of MBS’ strong, albeit clandestine, links to the Zionists prove to be genuine, the Zionists have recognized and are likely to back MBS’ relentless quest for the Saudi throne.However, MBS faces such daunting challenges that even Israeli support cannot ensure his ultimate success, given the possibility that the White House will exploit the political crisis created in the wake of the death of King Salman to strike deals with other powerful candidates within the Al-Saud House, orchestrating a sudden coup against MBS.