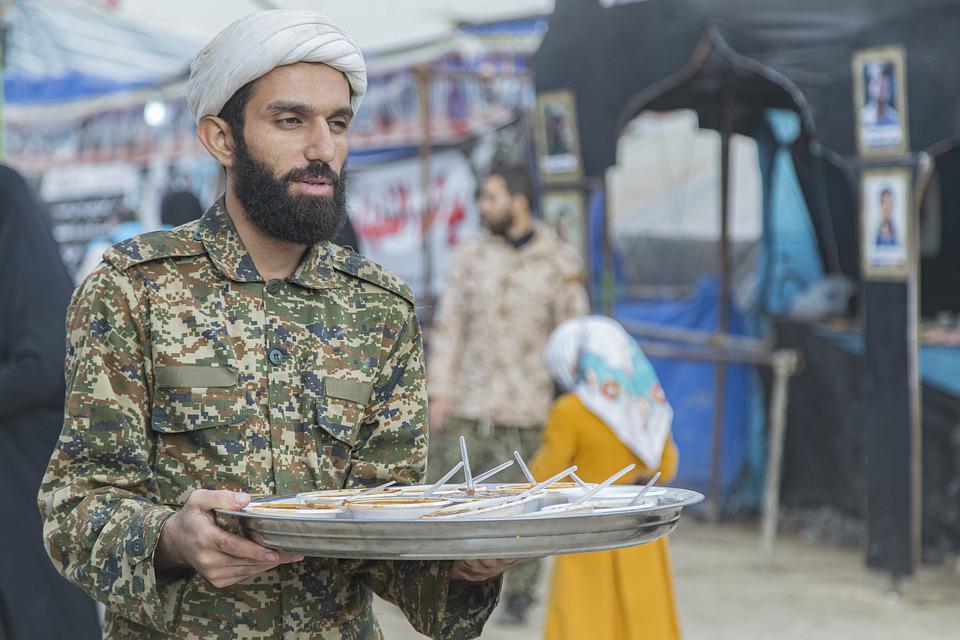 Iraq’s security arrangements for Arba’een 2022.
Seyed Majid Mir Ahmadi, Iran’s Deputy Interior Minister for Security and Law Enforcement and Secretary of the Central Staff of Arbaeen, who travelled to Baghdad at the head of a high-ranking delegation, met with Othman Al- Ghanim. Arbaeen is the mourning ceremony on the fortieth day after the martyrdom of Imam Hussain (AS) and his faithful companions in the battle of Karbala on October 10, 680 CE (10 Muharram 61 AH). The authorities of the Islamic Republic of Iran and Iraq have conducted extensive consultations in recent months to hold the Arbaeen mourning ceremony as magnificently as possible. The Minister of Interior of Iraq called for more streamlining of the transfer of equipment and facilities belonging to the processions in the specified intervals and deadlines, from the border crossings. Mirahmadi asked the Iraqi side to take into account the possibility of an increase in the number of pilgrims, in terms of the reduction of the corona disease and also the heat of the summer this year, for maximum cooperation and efforts to be made for the comfort of the pilgrims as much as possible.
Iran’s Deputy Interior Minister also said that the implementation of the memorandum of cooperation in the field of public security and the formation of the first meeting of the joint security committee with the presence of the representatives of Iran and Iraq shows the will of the two friendly and brotherly countries for the peace, security, and well-being of the citizens of both sides. “Othman Al- Ghanim,” the Minister of Interior of Iraq, called the service to Hosseini’s Arbaeen pilgrims an honour for the Iraqi government and people and announced the efforts of the relevant departments of Iraq and the readiness of his country to accept pilgrims during Muharram and Arbaeen this year. The Minister of Interior of Iraq also referred to the “memorandum of cooperation in the field of public security between the Ministry of Interior of Iraq and the Ministry of Interior of Iran” and considered the cooperation process between the two countries to be promising and moving forward. According to this report, Iran’s Deputy Interior Minister for Security and Law Enforcement also visited the Iraqi Border Police and spoke with the Deputy Director of Intelligence and Inspection of the Ministry of Interior and the Chief of the Iraqi Federal Police. Every year in one of the world’s largest gatherings, hundreds of thousands of Shia Muslims mark Arbaeen in Iraq’s Karbala. Husayn ibn Ali, the third Shia Imam, is the prophet Muhammad’s grandson and a member of the Household of Muhammad (Ahl al-Bayt). September 17, 2022 (Safar 1444 AH) is the Arbaeen this year. Millions of pilgrims from all over the world, including the Islamic Republic of Iran, enter the city of Karbala in southern Iraq on this day to attend the Arbaeen Hosseini (PBUH) morning rituals.

Iran- Iraq coordination for the Arba’een pilgrimage 2022.
During a meeting with Iranian and Iraqi officials on Friday evening, Al-e Sadegh said that Iran is ready to cooperate with Iraq to hold a magnificent Arbaeen ceremony. He added that in coordination with the Iraqi government and the Interior Minister, three land borders are currently open for pilgrims to enter Iraq. Referring to the active borders of Shalamcheh, Chazabeh, and Mehran, he noted that the Khosravi border will be opened until August 13 to reduce the pressure on the Mehran and Zurbatiyah borders. He noted that Iran will provide 1,000 buses to transfer the pilgrims and at the same time, the Red Crescent is ready to serve the pilgrims. Pointing to Iran’s full readiness to cooperate with Iraq in holding the magnificent Arbaeen ceremony, he said, “We should try to set up a field hospital in Zurbatiyah as well.” Iran’s Police Chief Brigadier General Hossein Ashtari and Iraqi Interior Minister Yasin al-Yaseri met on Saturday in Tehran and conferred on a host of issues, including the pilgrims’ security and the facilitation of their commutes during the Arbaeen mourning ceremony.
Brigadier General Ashtari hailed the Iraqi government and nation’s hospitality as a valuable measure, saying the agreements on the removal of visa requirements for Arbaeen pilgrims is a positive step toward paving the way for Iranian pilgrims visiting the neighbouring country. He expressed hope that the measure would increase the number of pilgrims this year. The police chief also said that the Khosravi border crossing has been reopened for the Arbaeen marching, saying “This year, Iranian pilgrims will enter and exit through Chazzabeh, Shalamcheh, Mehran and Khosravi borders.” Voicing the Iranian police’s readiness for exchanging experience with the Iraqi police, the commander added that while Iran is located in the vicinity of the biggest drug producer, it is at the forefront of fighting narcotics. Al-Yasir, for his part, hailed the capabilities of Iran’s police, saying that Iraq favours using the experience of Iran’s police. Pointing to the arrangements made for the Arbaeen ceremony, he said, “Facilitating movement of Arbaeen pilgrims is of high significance for us.” Iraqi armed and defence forces will endeavour to ensure the security of the pilgrims on Arbaeen Day, he said. Arbaeen, which is one of the largest religious gatherings in the world, comes 40 days after Ashura, the martyrdom anniversary of the third Shia Imam, Imam Hussein (AS). Each year, millions of Shias visit Karbala, where the holy shrine of Imam Hussein (AS) is located, to perform mourning rites.

What would be the slogan of Arbaeen 2022?
“I am from Hussain” is the slogan of this year’s great march of Arbaeen. Speaking at the unveiling ceremony, Hojat-of-Islam Hamid Ahmadi, head of the cultural committee of Arbaeen, said that the slogan was chosen following numerous sessions held both in Iran and Iraq. After studying all the proposals, he said, it was decided that the slogan be part of a hadith of Prophet Muhammad (PBUH) which reads “Hussain is from me and I am from Hussain”. The name of Imam Hussain (AS) is the key to our unity and victory and as we have witnessed insults to our holy Prophet (PBUH) in recent years, this year’s slogan was chosen from one of his hadiths. Leader’s Representative in Hajj and Pilgrimage Affairs Hojat-of-Islam Abdol Fattah Navab was another speaker at the event who said that the slogan has different aspects and was chosen with specific aims. The Arbaeen mourning ceremony is one of the largest religious gatherings in the world. It marks the 40th day after Ashura, the martyrdom anniversary of the grandson of Prophet Mohammad (PBUH), Imam Hussein (AS). This year’s Arbaeen falls on September 17. Each year, a huge crowd of Shias flock to Karbala, where the holy shrine of Imam Hussein (AS) is located, to perform mourning rites. The pilgrims, mainly from Iraq and Iran, travel long routes on foot to the holy city. Some 3.2 million Iranians took part in the Arbaeen march in 2019 but this year the number is predicted to rise to an all-time high of over five million. In 2020 and 2021, the Arbaeen march was held in Iraq with a limited number of foreign pilgrims in attendance due to the coronavirus pandemic.

Conclusion.
In our world, there have always been and are rulers who constantly depend on war, oppression, plunder, and oppression. Racism and xenophobia thrive in countries that prevent the equitable distribution of wealth belonging to the whole society. For this reason, Hussein’s move teaches that they should fight for their rights and maintain justice. These rights were not given spontaneously throughout history, they were always taken with an uprising, as in my example of Karbala.

Every year after the U.S. invasion of Iraq in 2003 — until 2020 — millions of pilgrims have travelled to Karbala, 60 miles southwest of the capital Baghdad. In the years of relative calm since 2010, the city of Karbala, together with its sister holy city of Najaf, the seat of Iraq’s pre-eminent Shiite clerical establishment, have become major centres of economic power and theological influence. This was unthinkable under the dictatorship of Saddam Hussein when Shiite religious events were banned, and clerics were hounded from Iraq.