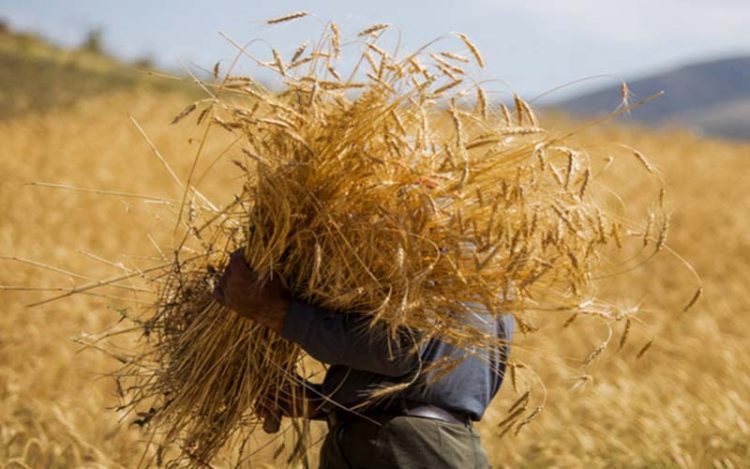 ﻿﻿According to the world stock indexes, wheat prices have increased to their highest level since 2008, owing to mounting fears about a potential international wheat shortfall. A significant contributing factor to today’s dramatic rise in wheat prices, say, analysts, is the ongoing conflict between Russia and Ukraine, which has curtailed wheat exports by more than 25%.

Russia and Ukraine are known as the world’s breadbaskets. Both nations have been significant exporters of grains such as wheat, maize, and barley. By 2020, each had exported over half of its wheat output to Middle Eastern and North African countries. Hence, the Ukraine conflict has considerably hampered the Middle East’s access to basic supplies, such as oilseeds and cooking oil. A quarter of Russia and Ukraine’s wheat exports and half of their corn exports for 2021 and 2022 have now stopped.Agricultural observers are certain that the Ukrainian dilemma will not be resolved soon as even in the wealthiest countries, wheat stocks are at an all-time low.Moreover, a significant amount of Ukraine’s basic infrastructure, including ports and railways, has been destroyed or heavily damaged. To exacerbate the global crisis, the Ukrainian government has banned grain exports to preserve the war-ravaged country’s dwindling reserves.Even if the war in Ukraine ends soon, the conflict will probably continue to harm agriculture in eastern Europe. According to the Food and Agriculture Organization of the United Nations (FAO), around 30% of Ukraine’s arable land has not been cultivated or harvested as a consequence of the conflict.Since the commencement of the Ukraine crisis, experts have warned that sanctions against Russia might result in increased prices and a decline in economic performance in the United States and other European nations.A plethora of economists from across the world repeatedly warned that even the United States, which is not as dependent on Russia for food and energy as other European countries such as Germany, may be severely affected by skyrocketing prices and experience an unprecedented economic downturn.The collapse of the worldwide market continues to validate their bleak perspective.The last time the world faced an acute crop crisis was in 2008 when wheat prices soared due to a sharp drop in output in top producing countries such as Australia and Russia, which saw their production plummet, creating extreme food scarcity in over 40 countries. Many historians argue that the failure of the 2008 wheat harvest was the ultimate catalyst for the tragic carnage in the Middle East, which the western media dubbed the “Arab Spring.”Like in the past, wheat shortages are deeply afflicting Middle Eastern and North African countries, including Egypt, Tunisia, Libya, and Lebanon, at a time when most citizens of European nations are experiencing similar food shortages. Today, Londoners are queuing up for charity or discounted meals.Meanwhile, Iran, like all countries across the globe, has been unfortunately embroiled in the Ukrainian crisis and its far-reaching international ramifications.Wheat shortages in Iran emerged during the holy month of Ramadan, as they have in other Middle Eastern countries, which might be troublesome for regular customers, given that Muslim households consume more carbohydrates after the daytime fasting period.Despite the diligent and persistent efforts made by President Ebrahim Raisi’s administration to secure the supply of wheat and its derivatives throughout Ramadan, however, following Eid al-Fitr celebrations, the situation regrettably became dire.However, it would be remiss to not mention the incompetence of the previous Iranian administration headed by Hassan Rouhani, whose catastrophic eight-year presidency caused Iran to be hugely impacted by today’s global wheat crisis, which is gradually revealing its detrimental repercussions.Ignoring the vital principle of self-sufficiency, Rouhani’s policies prioritized wheat imports by allocating massive amounts of hard currency, rather than purchasing the grains from Iranian farmers at a reasonable price. To put it another way, Rouhani’s disastrous policies primarily benefited the pockets of foreign wheat producers. Now, and after Rouhani left the office, Iran has been enmeshed in the current food crisis, which could have been averted if he had taken a prudent course of action.Finally, to successfully overcome the current crisis and avoid the massive waste of wheat-based foods, the Islamic Republic of Iran, which has been subjected to unjust economic terrorism by western imperialists in the last few decades, has recently made courageous and fundamental adjustments in the way subsidized currency is distributed to both local producers and consumers

Article
Iran
Russia
ukrainecrisis
There are no comments for this article