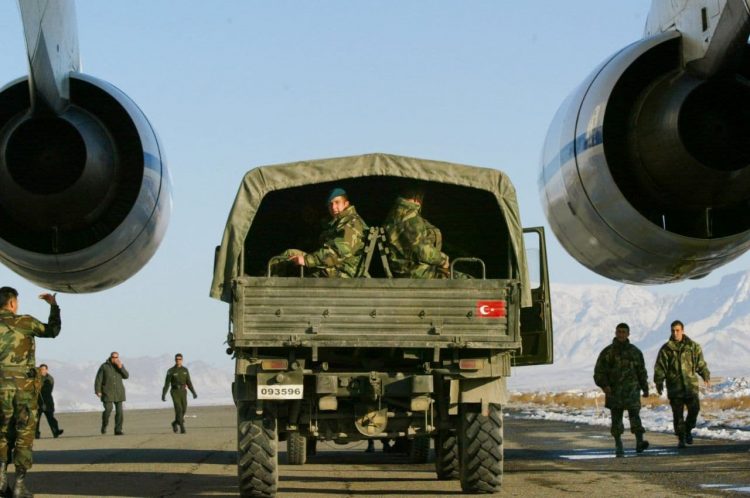 Turkey has long sought to enhance its regional influence and prestige in certain Middle Eastern nations. This strategy has resulted in unprecedented tensions between Ankara and its NATO partners in recent years. The influx of sophisticated weapons and military advisors from Turkey during the Libyan civil war brought friction between Ankara and Paris, and therefore, Western pressure on Turkey has significantly grown in recent years. To counteract Ankara’s increasing influence, measures ranging from the formation of anti-Turkish alliances (Egypt-Greece-UAE axis) to the imposition of specific economic sanctions on the nation have been implemented. Despite Ankara’s criticisms vis-à-vis NATO’s pugnacious attitude, the Turkish government has attempted to establish a sizable presence in the Middle East and North Africa, projecting itself as a capable player in emerging crises that can fill the military vacuum. Turkey’s ambitions to exercise influence over regional dynamics in Afghanistan have been one of Erdogan’s most challenging foreign policy objectives in recent years. Today, Turkey has stationed around five hundred military personnel across Afghanistan as part of NATO’s non-combatant operations. These forces oversee the training of Afghan security forces. According to observers, Turkey’s influence in Afghanistan has been focused mainly on soft power rather than military force. Turkey’s large embassy and active diplomatic mission in Kabul attest to this reality, which explains why Turkish troops are so popular with Afghans. Turkey has also developed amicable relations with ethnic groups in Afghanistan, including the Uzbek community, the Taliban, and other Islamic groups. Erdogan has recently proposed to Biden that Turkish troops maintain security at Kabul’s Hamid Karzai International Airport, despite the fact that all NATO members are scheduled to leave Afghanistan. According to information provided by the Pentagon and the Turkish Ministry of Defense, preliminary agreements have been reached between Ankara and Washington, but no final details have been published. Additionally, Turkey wants to develop its economic presence in Afghanistan, and if the US and Afghan administrations agree to prolong Turkey’s military presence in Kabul, Ankara will undoubtedly deepen its commercial infiltration into war-torn Afghanistan. Erdogan will have many chances to stretch his economic sway in Afghanistan through Turkey’s efforts in the Afghan health and agricultural sectors.

Nonetheless, the Taliban have been clear in their fierce objections to foreign military presence in Afghanistan; the United States, too, has not committed to giving Turkey the right to establish an indefinite military presence in the country or allowing Turkey to administer Kabul International Airport. As a result, Ankara finds itself facing numerous impediments in advancing its influence in Afghanistan.