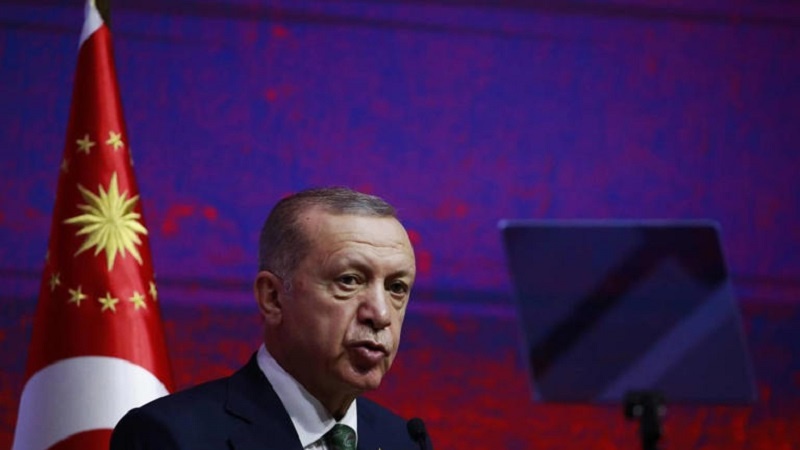 New sparks between Sweden and Turkey. During a Kurdish demonstration held in Stockholm Recep Tayyip Erdogan was heavily contested. Flags of the Kurdish separatist organization PKK were waved during the protests and, above all, the execution of the Turkish president was simulated. In the town hall of the Swedish capital, a puppet in the shape of Erdogan was hung upside down from a pole.

Ankara wrath: Turkish Foreign Ministry summons Swedish ambassador to Turkey.Turkish Foreign Ministry summoned Swedish Ambassador to Ankara, Staffan Herrstrom, on Thursday, to protest a new demonstration in Stockholm in support of the Kurdistan Workers’ Party (PKK). According to Ankara, as reported by the Anatolia news agency, the demonstration was not limited to chanting slogans in favor of the PKK, considered a terrorist organization in Turkey, but also against President Recep Tayyip Erdogan.

The representatives of the Turkish Foreign Ministry then expressed their deep condemnation of what happened in Herrstrom and the need for Stockholm to block such demonstrations in the bud. According to the Turkish news agency, a group of PKK supporters gathered near Stockholm City Hall on Wednesday, where they hung up a puppet of Erdogan by his feet. Swedish Foreign Minister Tobias Billstrom came out of the controversy to distance himself from the demonstration and express the firm condemnation of the Swedish government for what happened.

“To portray a popularly elected president as a man executed in front of city hall is abhorrent,” he said. “The government protects an open debate on policy choices, but strongly distances itself from threats and hatred against political representatives,” Billstrom said on his official Twitter profile. Turkey has asked Sweden and Finland for a global crackdown on PKK supporters, among other things, to facilitate the accession of the two Scandinavian countries to the Atlantic Alliance, which is still awaiting ratification by Turkish parliaments and Hungarian. The NATO Secretary General has repeatedly defended the Stockholm and Helsinki commitments signed on the sidelines of the Madrid leaders’ summit to address Turkey’s concerns about fighting groups such as the PKK.

Turkey
sweden
There are no comments for this article