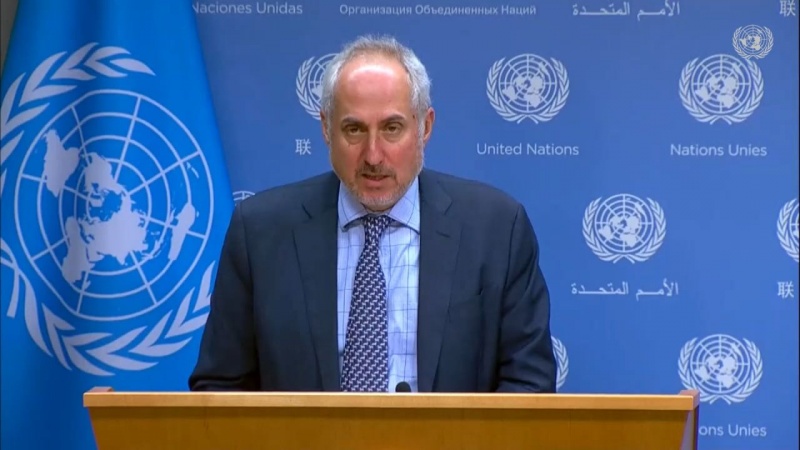 United Nations spokesman Stephen Dujarric has condemned the continued desecration of the Holy Qur'an in European countries, this time in Sweden.

The UN Secretary-General strongly condemns the burning of the Quran in the Swedish capital Stockholm, Dujjaric told reporters in New York on Monday.

“This is another example of the growing hatred against many religions such as Islam and Judaism and such actions must be clearly condemned and we condemn them,” Dujjaric continued.

Rasmus Paludan, leader of the far-right Danish party Stram Kurs, who also has Swedish citizenship, burned a Koran on Saturday under strict police surveillance near the Turkish embassy in Stockholm.

This action by Paludan was sharply condemned by Muslims and Islamic countries, and the Swedish government was criticized for failing to prevent this provocative move.

In this regard, Iranian Foreign Ministry spokesman Nasser Kanani said: “Unfortunately, as in the past, some European countries, under the false pretense of supporting freedom of expression, allow extremists to spread hatred against Islamic sanctuaries and values. They abuse the beautiful slogan about defending human rights, giving them free rein and thus institutionalizing Islamophobia and Islamophobia in their societies”.

holy Qur'an
sweden
un
There are no comments for this article