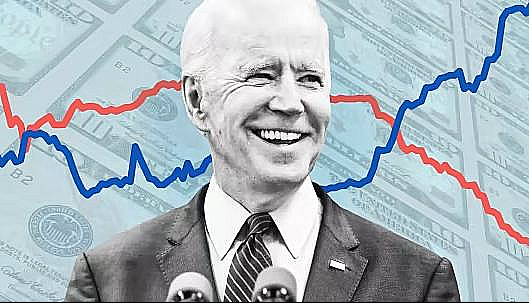 It is an incontrovertible economic fact that the US is plagued by long-term recession cycles once every decade. For instance, the economic collapse of October 2008 was the most notorious financial breakdown in the 2000s, which vividly illustrated the inherent contradictions of the capitalist economic system and its unjust social structure.

Two years after the ravaging COVID-19 pandemic, which triggered severe economic catastrophe in the United States, Americans are still reeling from a sharp recession, which appears to be much more pernicious compared to earlier recession periods in modern American history, in which citizens were hit with food and fuel shortages.

Initially, American economists prognosticated that the post-COVID-19 crisis would witness a speedy economic rebound. Nonetheless, nothing has yet substantially changed.

Today, the United States seems to be on the verge of the most dramatic economic slump since the Great Depression in the 1920s and ’30s. Once given the epithet “the land of dreams,” the US is tragically descending into a dark abyss of recession, as US inflation is at its record high in the last four decades, borrowing costs are getting more expensive, and corporations’ values are plummeting sharply, accelerating bankruptcies and investors’ growing alarm about adverse market conditions.

Furthermore, since the staggering US and European economies and the crumbling American politics are all entwined together, this could have grim ramifications for both the US and the European Union.

Financial commentators argue that there is no way for the US economy to extricate itself from the crushing financial chaos; with the authorities in Washington, DC embroiled in political turmoil, economic challenges remain unsolved, while the dramatic hike in food and fuel prices has overwhelmingly left indignant American taxpayers hopeless.

In April 2022, consumer prices were 8.3% higher than in the same month the previous year. Even excluding the surging cost of food and energy, the annual inflation rate of 6.2% complicates an already terrible position.

In the meantime, the Federal Reserve launched a relentless campaign to slash costs, decrease demand, and raise interest rates, all vying to lower inflation rates.

On the other hand, these drastic steps would worsen the recession in the long run. Nevertheless, grave concerns have grown that these attempts will push the United States into a much lingering recession.

To compound the US financial imbroglio, as long as Russia’s special operations in Ukraine continue and China’s anti-COVID-19 measures persist, supply chain insecurity throughout the United States will endure.

Richard Kelly, head of TD Securities’ global strategy division, told CNBC: “The probability of a recession in the next 18 months is over 50%, and exactly when that downturn might occur, however, is harder to predict.”

Kelly noted that the economy could slip into a technical recession — defined as two consecutive quarters of negative growth — as early as the end of the second quarter of 2022. Alternatively, the fallout from rising gas prices following Russia’s military operation in Ukraine and continued Fed rate hikes could weigh on the economy through the end of the year or into early 2023, Mr. Kelly added.

Meanwhile, as the staggering socio-economic situation deteriorates, anti-Biden activists ride a wave of opportunism at the United States parlous economic state. Donald Trump, the former US president, a businessman, and gambler, reacted to the dismal economic circumstances.

Trump said the country’s highest inflation rate in decades could lead to a state of 1970s-style “stagflation,” high unemployment, and a recession. He then suggested that the economy could enter a depression akin to the worldwide Great Depression. “Real wages are collapsing, and we are on the verge of a devastating—and this is devastating—it is called stagflation; look it up. It is not good; it is not good.”

According to social scientists, high inflation and volatile stock market status have increased the likelihood of the US economy falling into a financial limbo, where public crimes and the illicit drug trade would proliferate.

The repercussions of the ongoing cataclysmic crisis in the United States will not only be limited to economic facets but also manifest themselves in other areas of society, i.e., a decline in social security and a rise in suicide, social violence, and family breakups.

Article
USA
Ukraine
Putin
There are no comments for this article