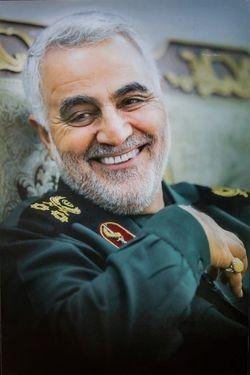 Since the American presence in Iraq under the pretext of fighting ISIS, the Iraqis have repeatedly said to Americans that they have no right to take any action against Iran from their lands, but the Americans did otherwise. Mr. Barham Salih, President of Iraq, stressed that the lands of Iraq should not be a place for targeting other countries. As long as the United States is in Iraq and carrying out assassinations, it is natural for Iraq to reject their military presence.

The supreme religious authority in Iraq also expressed concern about the same issue and blamed US forces for the recent crisis, as long as the American forces remain on this ground, there are differences and tensions every day, and if Iraq wants to get out of this tension, the solution is to expel the American forces. The Iranians do not have military forces in Iraq and they respect its sovereignty.

Iran also warned Qatar, Kuwait, and the UAE, as well as Saudi Arabia through other countries, that any US attack from their lands would be responsed. These countries claim they have stipulated that the United States not use its bases on their soil in its conflict with Iran. But in fact, these countries are weak and cannot impose their conditions on America.

The presence of Americans in the region, even if it led, like Afghanistan to an all-out war, would ultimately lead to their defeat, because if the Strait of Hormuz in the Persian Gulf was closed for a few days, the entire West would remain without fuel. Therefore, insecurity in this region will not only harm Iran but will harm the West and their economy too