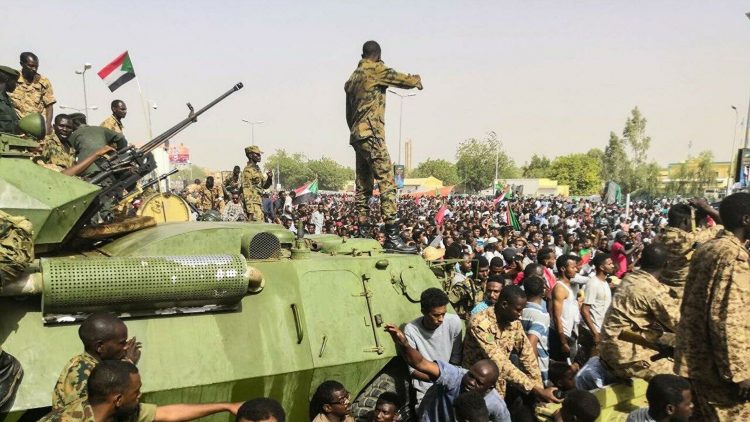 Sudan has witnessed 11 coup attempts over the last seven decades, three of them successful.

Sudan’s socio-economic situation has deteriorated precipitously over the past year, resulting in political catastrophes like the recent failed army takeover.Sudan’s military organisation has been restructured, a process backed by the US and current Prime Minister Abdalla Hamdok, who ordered the merging of the “Rapid Reaction Forces” with the Sudanese Army.

As a consequence, it’s only natural for a group of senior army generals to plot a coup to retain their power and influence.

Despite months of huge demonstrations in Khartoum and other Sudanese cities in reaction to the country’s economic downturn and rising fuel and food prices, the country’s leaders’ efforts to normalise relations with the Zionist government remain the major source of public dissatisfaction.

Sudan’s pro-American politicians believe that normalising ties with Tel Aviv would alleviate the country’s dreadful economic situation, although the country’s many challenges have remained unchanged.

Furthermore, even if we assume for a minute that Sudanese politicians are thinking reasonably, which they obviously are not, the overwhelming majority of Sudanese Muslims are vehemently opposed to any normalisation with the illegitimate Zionist regime.

As anti-Zionism demonstrations throughout Sudan intensified, the disgruntled army generals may have plotted a coup against pro-American authorities.

Nevertheless, unlike in past coup attempts in Sudan, no general has been court marshalled or imprisoned. Almost every military coup in Sudan has ended in mass arrests, tank deployments in the streets, and fatalities, yet the situation was restored in less than four hours this time, leading some experts to describe it as a charade and hoax intended to gauge public reaction.

Sudanese media, on the other hand, anticipated a coup only days before it happened, leading many Sudanese observers to believe that the US-backed Abdalla Hamdok government orchestrated the latest coup attempt to cling to power.

Under the pretext of assisting the impoverished Sudanese people, the political leadership in Khartoum committed a grave mistake by embracing American deceptions and false promises.

The possibility of Sudan being removed from the US list of countries that support terrorism, which would allegedly bring international investment in return for agreeing to normalise political and security relations with Israel, lured Hamdok and his clique. Normalisation with Zionists is opposed by Sudanese people, who view it as a terrible disgrace that would harm the dignity of millions of Muslims. As a consequence, pro-American Sudanese politicians are always afraid of being ousted by the people or disgruntled military officers.