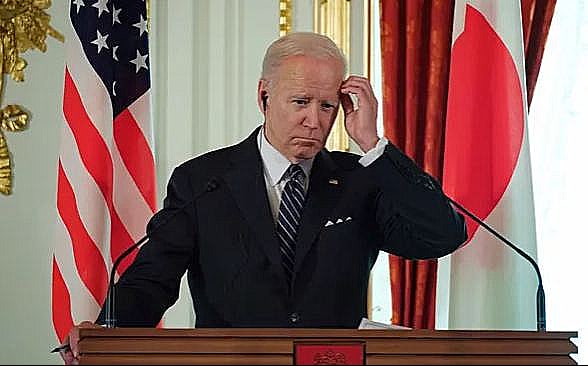 Decades after the collapse of the Soviet Union, the challenges confronting Washington in East Asia include a Chinese military buildup and the looming possibility of a military conflict between China and Taiwan.Washington has been making considerable military preparations in East Asia, which would ultimately exacerbate the conflict over the Taiwan dilemma in the long run.Today, the US deployment of naval warships and a substantial quantity of modern armaments to the Taiwan Strait has outraged China, dramatically escalating tensions with Beijing.Although Washington’s long-held policy concerning Taiwan is a “One-China policy” that recognises the breakaway island as part of mainland China nonetheless, some observers argue that the US government has recently taken steps that are incongruent with its earlier official positions.In the meantime, the US State Department unexpectedly altered its stance on Taiwan last month, removing previously stated views regarding the US rejection of Taiwan’s independence and supporting Beijing’s claim that Taiwan is an integral part of China, provoking a ferocious response from Beijing.Right after that, China’s Foreign Ministry criticised the US for suddenly changing its position on Taiwan’s political status. It warned that “political distortion” of the current situation in the Taiwan Strait would not be allowed.Following Beijing’s reaction, a spokesperson for the US State Department said the information about Taiwan had been revised to reflect US Secretary of State Antony Blinken’s recent remarks on China.However, in the same speech, Blinken underlined that the US does not support Taiwan’s independence.In this regard, US President Joe Biden recently visited the region and underlined the US military’s support for Taiwan vis-à-vis China.Biden, whose anti-China remarks were quickly corrected by White House officials, reiterated that there had been no changes or ambiguities in US policy about Taiwan.Therefore, it is not surprising to see Chinese military manoeuvres taking place in the vicinity of Taiwan. These exercises took place at the same time that President Biden made a veiled allusion to the possibility of a shift in US military response if China launched an attack on Taiwan.Biden and other US officials have made contradictory remarks about military support for Taiwan while pretending to adhere to the “One-China policy,” prompting Chinese Foreign Ministry spokesperson Wang Wenbin to respond, “The US says one thing and does another.”According to an op-ed by Russia’s state-run RIA Novosti news agency, Washington cannot employ the “Chinese menace” to address its domestic challenges, which could eventually plunge the world into a cataclysmic abyss.The Russian news agency urged the White House to abandon the “Chinese menace” ploy to intimidate the international community, stating that the US is disseminating false information about China to misrepresent Beijing’s foreign policy and intervene in its internal affairs.

Article
USA
Taiwan
china
There are no comments for this article