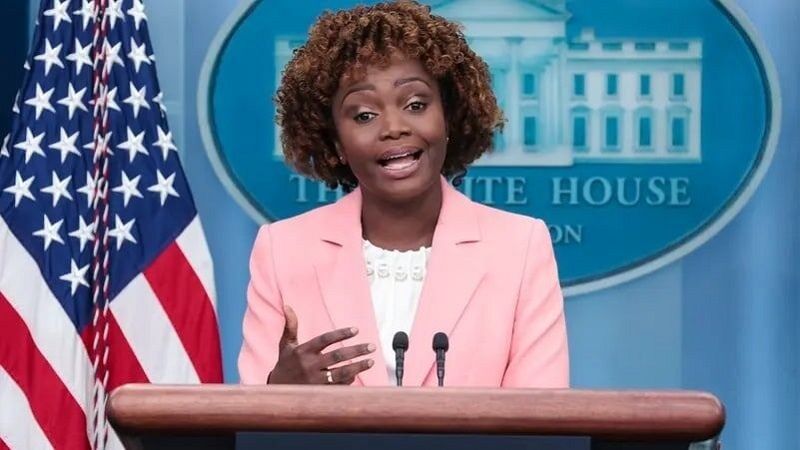 A White House spokesman acknowledged that many Americans are dying due to gun violence. The exact number of guns in the hands of American citizens is unknown due to factors such as illegal sales and unregistered guns, but according to the Small Arms Survey, in total, Americans own 393 million small arms out of a total of 857. million units worldwide.

According to AA, White House Press Secretary Karine Jean-Pierre on Wednesday local time welcomed the passing of the law to ban the sale of automatic weapons in the state of Illinois and acknowledged that many Americans across the country are still dying or losing loved ones due to gun violence. Jean-Pierre said: “Illinois has become the 9th state in America to enact a ban on military weapons, making it a bold step to ban the use of military weapons on the streets of American cities.”

A White House spokeswoman said, “The President of the United States continues his efforts to keep American homes, schools, and communities safe.” On Wednesday local time, a few hours after the law was approved to ban the sale of firearms, the governor of Illinois signed it and notified the relevant authorities. This new law, which was welcomed by residents of various cities in the state of Illinois, prohibits the purchase, sale and carrying of any semi-automatic weapons and weapons with large magazines (ie assault rifles). The law was passed six months after a gunman opened fire in a Chicago suburban park, killing seven people on the spot and injuring several others.

The Gun Violence Archive, which publishes shooting statistics in the United States, recently reported that the total number of victims of gun violence and accidental shootings during the holiday week (New Year) in the country was 255 people. This report states that this figure includes 12 mass shootings. The Gun Violence Archive notes that during this time period, 396 additional people used firearms to commit suicide.