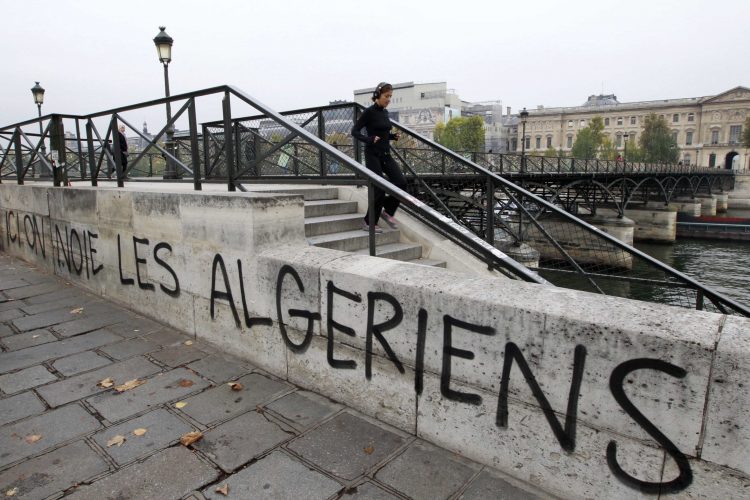 Président Macron tacitly confessed to carrying out a Zionist plot against Algeria, defying traditional explanations of Paris’ racist-colonialist rhetoric vis-à-vis Algeria or the current political climate in France. But, what is Macron’s underlying motive for his attack against Algeria?

Macron recently claimed that Algerian President Abdelmadjid Tebboune is in political limbo. Addressing the turbulent Franco-Algerian history, Macron said that he intended to rewrite Algeria’s history in Arabic and Amazigh languages to illustrate the alleged Ottoman role in distorting the past.

Macron also made the outrageous claim that the Algerian nation did not exist prior to French colonisation and that Algerians were just transferred from Ottoman suzerainty to the French colonial rule.

It is a mistake to assume that French President Macron’s insult to Algerians was motivated solely by the French political environment or a desire to garner support from right-wing voters. In fact, Macron’s rhetoric reflects the reality of a persisting colonial and racist mentality in France and Paris arrogance toward Algiers. “When Paris expresses discontent with us, I know we’re on the correct track,” former Algerian president Houari Boumediene famously said. As a consequence, we only need to look at Macron’s recent anti-Algerian remarks to understand how detrimental Algiers’ independent political position appears to France and the US.

Macron’s remarks in the French newspaper Le Monde, in which he questioned the existence of an Algerian people before the French occupation and that Algeria’s political structure was based on anti-French sentiments, reveal his latent intentions quite clearly. France wants to undermine Algeria’s national unity and solidarity! Moreover, France tightened visa requirements for residents of three nations this week: Algeria, Tunisia, and Morocco, prompting Algeria to lodge an official complaint

On the other hand, President Tebboune ordered the closure of Algeria’s airspace to French military aviation in reaction to the Elysée’s flagrant remarks.

Mr Tebboune has often spoken of machinations against his country, citing Algeria’s refusal to normalise ties with the Zionist regime and its opposition to Tel Aviv-Paris’ plans to destabilise the Arab world. Permission to fly French military aviation to the African coast through Algerian airspace was granted to France under the administration of former President Abdelaziz Bouteflika and was retained until Tebboune decided to revoke it.

Algeria’s new decision, on the other hand, will have a deleterious impact on French military operations in the African Continent and will correct the strategic blunder made by Bouteflika, which is likely to result in a dramatic reduction in Franco-Algerian military cooperation in the coming weeks.

Can Algerians now accept rewriting the history of French colonialism based on ‘adoration for France,’ despite the French’s myriad crimes, the most heinous of which was genocide against Algerians? France murdered nearly 5.5 million people between 1830 and 1962. Only 1.5 million people died in Algeria’s independence struggle, which lasted from 1945 to 1962. Furthermore, Algerians have continued to be exposed to radiation due to France’s nuclear weapon test. The French ruled Algeria for 132 years. Despite repeated demands from Paris to apologise for atrocities committed during the colonial era, Algerians’ wish has never been fulfilled.

Macron’s scathing remarks highlight the fact that French hostility is more relevant to Zionist plans against Algeria than French elections and racist discourse. Algeria has become the target of these offensive manoeuvres because it refuses to abandon the Palestinians and their just cause, end its support for the Axis of Resistance, and oppose foreign meddling in Syria, which has resulted in the current death and destruction, not to mention Saudi Arabia’s barbaric campaign against defenceless Yemeni civilians.

The Zionist strategy against Algeria, which France is tasked with implementing, has already been tried in other regional strategies in Iraq, Syria, Yemen, Libya, and Sudan, which focused on toppling anti-Zionist states. Tel Aviv wants to drain Algeria’s resources, divide its society, and ultimately destroy a great nation. It is now clear that if Algeria and Morroco battle over the disputed Western Sahara region, Tel Aviv will back Rabat.

Algerian authorities should consider additional retaliatory options such as demanding an immediate state apology from France to Algeria, restitution for Algerian victims during the colonial period, mapping Algeria’s nuclear sites, and transferring the human remains of Algerians who lived during the colonial period and were martyred by the French tyrannical occupation.

Finally, France must publicly commit to not intervening in Algeria’s domestic affairs or engaging in provocative or offensive actions against Algerians.