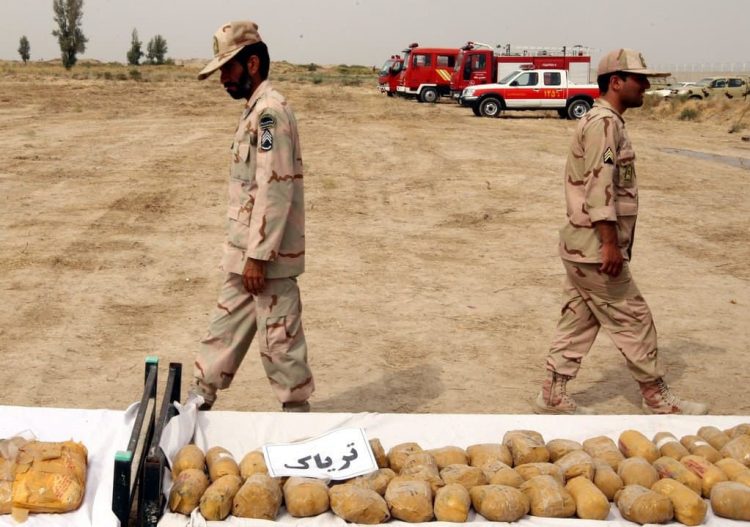 The drugs trafficking problem has a detrimental impact on many aspects of human life, including social, economic, cultural, and security development. It is, without a doubt, one of the world’s most challenging problems in the 21st century. Drug addiction has grown into one of the four major global problems (together with poverty, nuclear threats, and climate change), involving over 200 nations. During a recent Commonwealth of Independent States (CIS) session, President Aliyev of the Republic of Baku falsely claimed that Armenia had been collaborating with Iran for over three decades, using currently Azeri controlled areas in the Caucasus to smuggle narcotics to Europe. Following the Second Nagorno-Karabakh Conflict, Azerbaijan seized a significant swath of the independent Republic of Artsakh’s territories. Despite Aliyev’s nonsensical claims, Iran has been a pioneer in the battle against Europe-bound drug trafficking. Iran’s anti-narcotics campaign has resulted in the loss of over 4,000 policemen, while spending about $350 million per year on anti-drug measures, according to official statistics. Notwithstanding Western sanctions and a lack of vital support, Iran follows through on its international responsibilities and commitments by implementing comprehensive, balanced, and coordinated measures to combat narcotic substances. Iran has seized 90% of the world’s opium, 72% of the world’s morphine, and 20% of the world’s heroin in 2019, according to the UN’s annual drug report.

The UN Office on Drugs and Crime’s 2020 report also acknowledged Iran’s cooperation and support in the global war against drugs.

According to the research, Iran’s efforts have decreased opium derivative supply in the Balkans and destination nations like Germany. In his exaggerated delusions against Iran, Azerbaijan’s president has adopted fatuous and anti-neighbourly stances. He earlier dismissed Iranian charges of foreign terrorists stationed on Azeri territory near the Iranian borders as “false arguments”, and noted that the Republic of Azerbaijan wished to maintain respectful relations with Tehran, but as it appears, Baku has totally incongruent statements and actions. Azerbaijani authorities are attempting to build the Zangezur Corridor, which would significantly alter the geopolitical landscape of the South Caucasus and its borders, by violating the terms of the Nagorno-Karabakh ceasefire agreement and contravening international standards and good neighbourliness with Iran.

According to analysts, Aliyev’s recent rhetoric against Iran is designed to raise psychological pressure on Tehran while simultaneously creating an illegitimate corridor.

If the Zengezur Corridor is built, Iran would be cut off from Belt and Road Initiative (BRI) transit routes linking China to Europe, as well as energy transmission and export gas pipelines. As a consequence, the Caucasus will become more unstable, enabling NATO troops to infiltrate the region. Azerbaijan is, in fact, exerting pressure on Iran to keep the region turbulent for Israel and NATO. Finally, events in the Caucasus jeopardise Iran’s and Armenia’s national interests. These challenges are related to the US and NATO attempts to destabilise Russia’s backyard, especially in light of the Taliban’s ascendency to power in Afghanistan and increased Pakistani involvement in the war-torn nation as well as the Caucasus. Moscow must recognise the dangers associated with the establishment of the Zangezur Corridor, as it would enable Turkish-backed terrorists and agents connected to the Zionist regime, the United Kingdom, and the United States to move safely and quickly to the Caucasus, destabilising the volatile republics of Chechnya and Daghestan. Aliyev must realise that any stupid acts would almost definitely be greeted with Iranian harsh retaliation, and he would be wise to repudiate his anti-Iran comments.