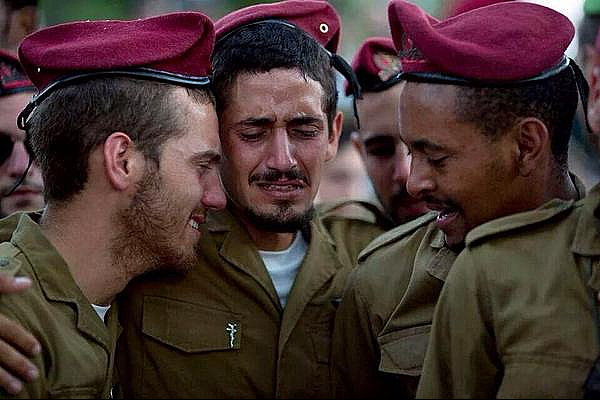 On Friday, August 5, 2022, the besieged and impoverished Gaza Strip was subjected to yet another barbaric Zionist airstrike. A 5-year-old toddler was reportedly among the nine Palestinians murdered in the three-minute airstrike, while 44 civilians were severely wounded. Tayseer al-Jabari ‘Abu Mahmud, a top Islamic Jihad Movement leader, was also martyred during the aerial onslaught. In addition, local news sources reported that Rafah, a southern Gaza neighbourhood, was also bombarded.
Following the event, the Zionist regime shut down all Gaza Strip crossings, severing the Palestinians’ access to the outside world. Meanwhile, armed Israeli attack drones were incessantly hovering over Gaza, carrying out attacks against the Palestinian resistance’s defences.
Shortly after the attack, Ziyad al-Nakhalah, the Secretary-General of the Islamic Jihad Movement, vowed to the Zionist regime that his movement’s rockets were ready to pound Tel Aviv.
According to local Israeli media, the Zionist officials opened all shelters and activated the Iron Dome, an air defence missile system, while the flights heading toward Ben Gurion Airport were redirected to the north.
Additionally, the Israeli army declared on Thursday that more logistics, infantry, armoured, and special troops had been deployed to the Gaza border.
Aviv Kochavi, the chief of staff of the Israeli army, and Benny Gantz, the Israeli minister of war, inspected the border region around Gaza, instructing the Zionist troops to maintain their offensive and intelligence readiness for a looming conflict. Nevertheless, military affairs commentators saw a ground operation in Gaza with a population of 2.1 million people as unlikely.
The unfolding developments have prompted military specialists to anticipate an imminent eruption of military confrontations between Palestinian resistance factions and the Zionist regime.
Amid the current complex scenario, it is crucial to raise the question is why the Zionist regime chose this particular moment to attack the Gaza Strip.
The new round of assaults against the Gaza Strip can be interpreted as a folly of “revenge” against the Palestinian resistance for the triumphant ‘Operation Sword of al-Quds’ in which the resistance launched over the resistance of 400,000 rockets toward the occupied territories, undermining the efficacy of the much-vaunted “Iron Dome” defence system.
According to military observers, the Palestinian resistance has made significant strides since the 50-day conflict in 2014, when it could only launch 5,000 rockets at Israeli settlements. This impressive achievement was made possible through the transfer of Iranian-made missile and drone technology to the Islamic resistance in the Gaza Strip, rendering the Israeli Iron Dome an utter failure.
Now, as Zionists are waiting for the Palestinian reprisal with dreadful trepidation, Palestinian are making ready their new long-range ballistic missiles.
Other analysts deem Israel’s recent offensive in the Gaza Strip as an indirect reaction to Hezbollah’s threats. Tel Aviv and Hezbollah have been exchanging incendiary rhetoric over the past several months on the disputed Karish gas field, which is close to Lebanese territorial waters.
Hezbollah’s Secretary-General Sayyed Hassan Nasrallah has warned Israel repeatedly that even if the crisis escalates into a full-scale war, Hezbollah will not allow Israel to infringe upon Lebanon’s rights regarding the country’s energy riches in the Mediterranean.
On the other hand, Hezbollah could easily demolish the Karish gas platform, burning billions of dollars of investment in the Israeli energy sector and also relieving Israeli military pressure from the Gaza Strip.
If the Zionist regime continues its aggression against Gaza, it will get entangled in a protracted attrition war that will endure for months. At the same time, the Iranian-led Axis of Resistance commanders in joint operation rooms will certainly provide intelligence and tactical assistance to their allies in the Gaza Strip.
If the attack on Gaza is a prelude to a wider regional conflict, in addition to Iranian, Palestinian and Lebanese ballistic missiles that can obliterate Tel Aviv and Haifa and bring them to the Stone Age, Israel would likely be facing a violent uprising by Palestinian Arabs living in the West Bank and 1948 occupied territories. To summarise, in the event of any conflict between the Palestinian resistance and the Zionists, the world will undoubtedly witness a dramatic shift in the balance of power.