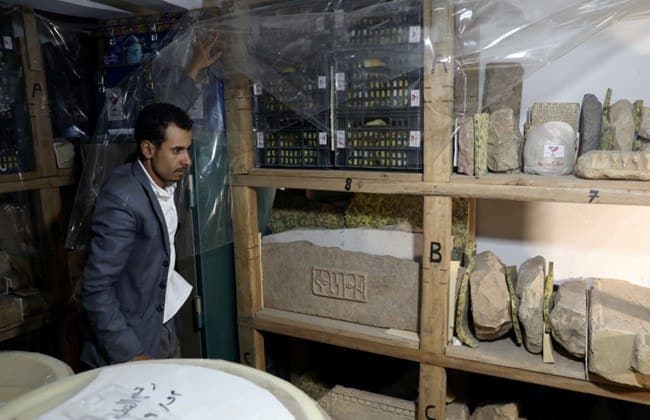 Yemen is a remote country steeped in history and religion, with many historical and religious landmarks. The poor Arab nation of 30 million is one of the Middle East’s most culturally diverse areas, and colonialists have long coveted its ancient treasures. The Saudi-led coalition invasion, which began on March 26, 2015, has resulted in the deaths of millions of civilians, including children, women, and the elderly. Saudi aggressors also plundered and unlawfully smuggled copious Yemeni artefacts, especially from the old city of Sanaa.

Since Yemen is economically dependent on tourists, historical and religious monuments are a vital source of revenue for the impoverished Arab state, which the Saudi government is attempting to take away from Yemenis. Not only have Saudi airstrikes destroyed many historical and religious sites in Yemen, but many of these ancient artefacts have been looted.

Furthermore, since the beginning of the Saudi war in Yemen, over a million historical artefacts have been smuggled out. According to the Gulf Democracy and Human Rights Institute, the Saudi coalition reportedly targets historical and cultural sites in Yemen, as well as civilians and basic infrastructure (GIDHR). “Airstrikes by the Saudi-led intervention have destroyed or damaged more than 80% of Yemen’s archaeological and historical assets,” GIDHR director Yahya Al-Hadid told Arab media outlets. Antiquities specialists are unable to enter Yemen due to the Saudi regime’s embargo, which precludes them from repairing historical artefacts that have been destroyed by Saudi bombings. Al-Hadid believes that a large number of antiquities have been destroyed or smuggled into Saudi Arabia and the United Arab Emirates.

The destruction or defilement of religious, historical, and cultural artefacts, as well as UNESCO World Heritage Sites, are deemed grave humanitarian violations under UN Security Council Resolution 2056, which was adopted in 2012 and mandates that perpetrators be prosecuted.

According to a newly disclosed Yemeni official document, the Saudi government targeted Yemeni cultural sites and plundered the country’s historical artefacts for sale in the United Kingdom with the collaboration of Emirati antique dealers. Additionally, an underground network connected to Yemen’s ousted communications minister, Muammar al-Ariani, is allegedly smuggling Yemeni antiquities through Saudi Arabia for sale on the European art market.

Yemeni ancient artefacts are sold in the EU countries for a fraction of their actual value, while many of them have been spotted in Riyadh, the capital of Saudi Arabia. British authorities arrested Saudi art traffickers in London recently, and it was discovered that they were part of a network that shipped antiquities from Yemen into Saudi Arabia for years.

According to UNESCO, the Arab League has been examining Saudi Arabia’s theft of ancient Yemeni artefacts since March 2015, amid the Saudi government’s vehement opposition to any such action.