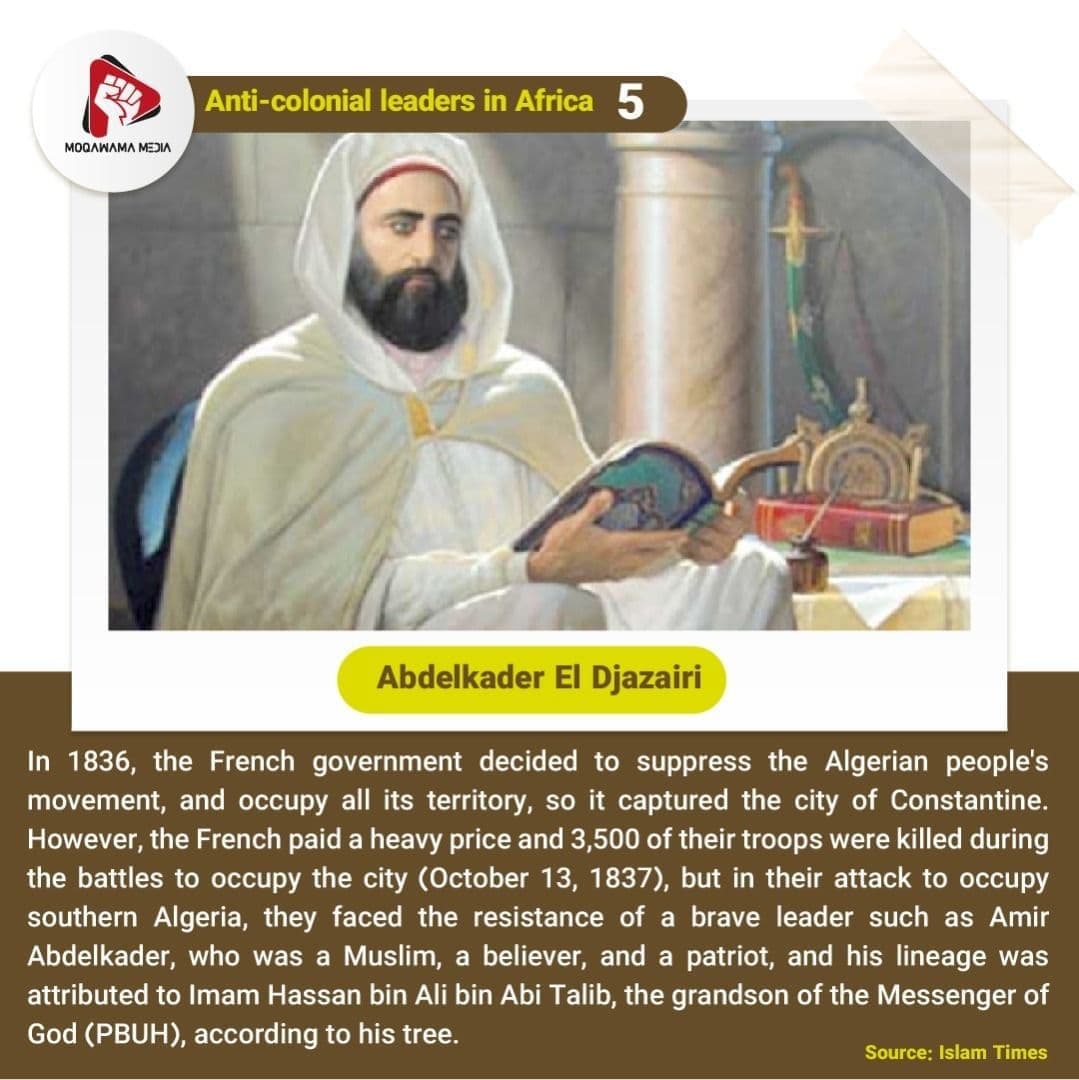 In 1836, the French government decided to suppress the Algerian people's movement, and occupy all its territory, so it captured the city of Constantine. However, the French paid a heavy price and 3,500 of their troops were killed during the battles to occupy the city (October 13, 1837), but in their attack to occupy  southern Algeria, they faced the resistance of a brave leader such as Amir Abdelkader, who was a Muslim, a believer, and a patriot, and his lineage was attributed to Imam Hassan bin Ali bin Abi Talib, the grandson of the Messenger of God (PBUH), according to his tree.