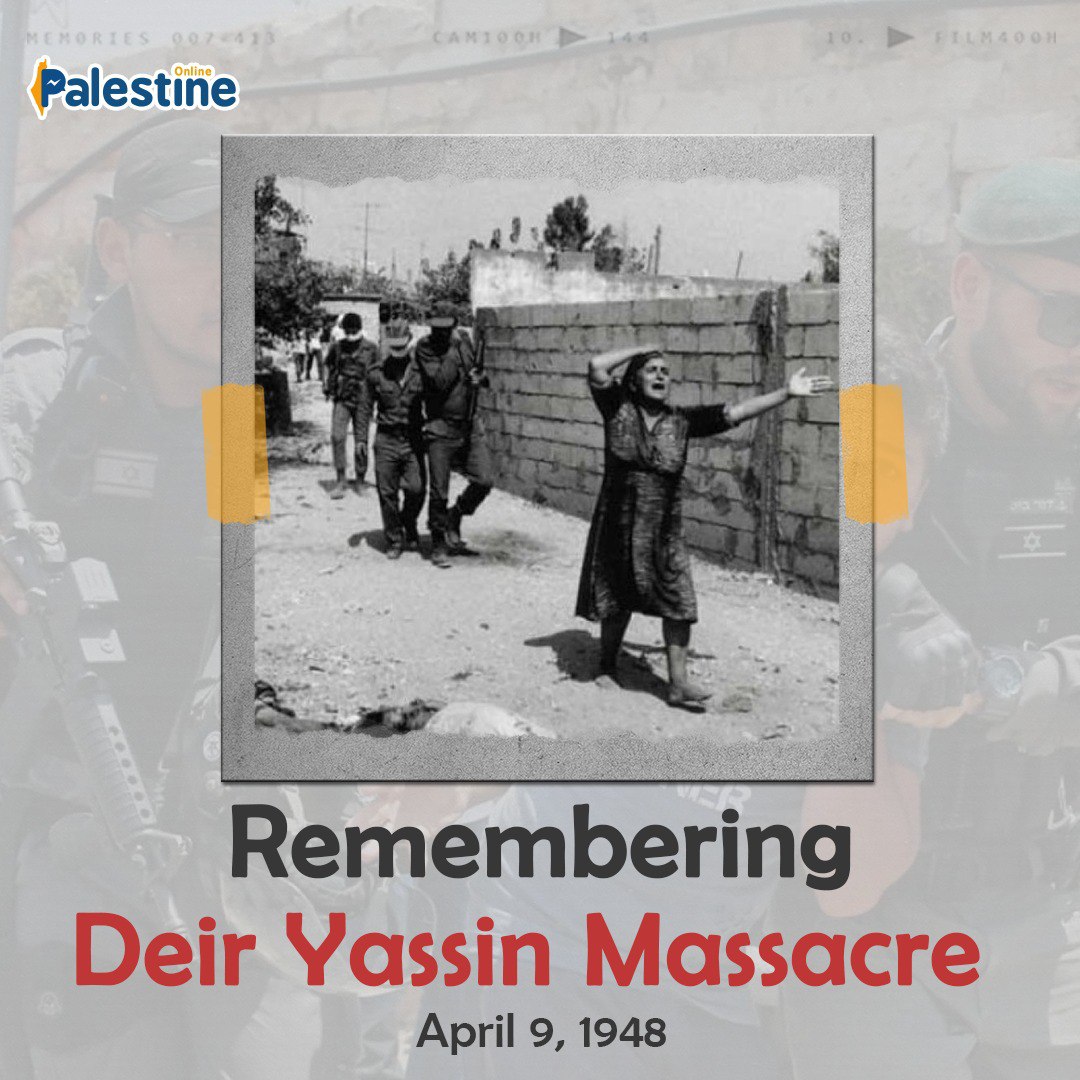 Today marks the 74th anniversary of Deir Yassin Massacre when some 120 members of underground Jewish militia groups invaded the Palestinian village of Deir Yassin, claiming the lives of between 100 and 300 people including men, women,

children, and the elderly

The massacre remains one of the most brutal massacres in Palestinian history.

Seven decades later, Generations of Palestinians are traumatized by the ongoing Nakba & the violence continues under occupation & siege