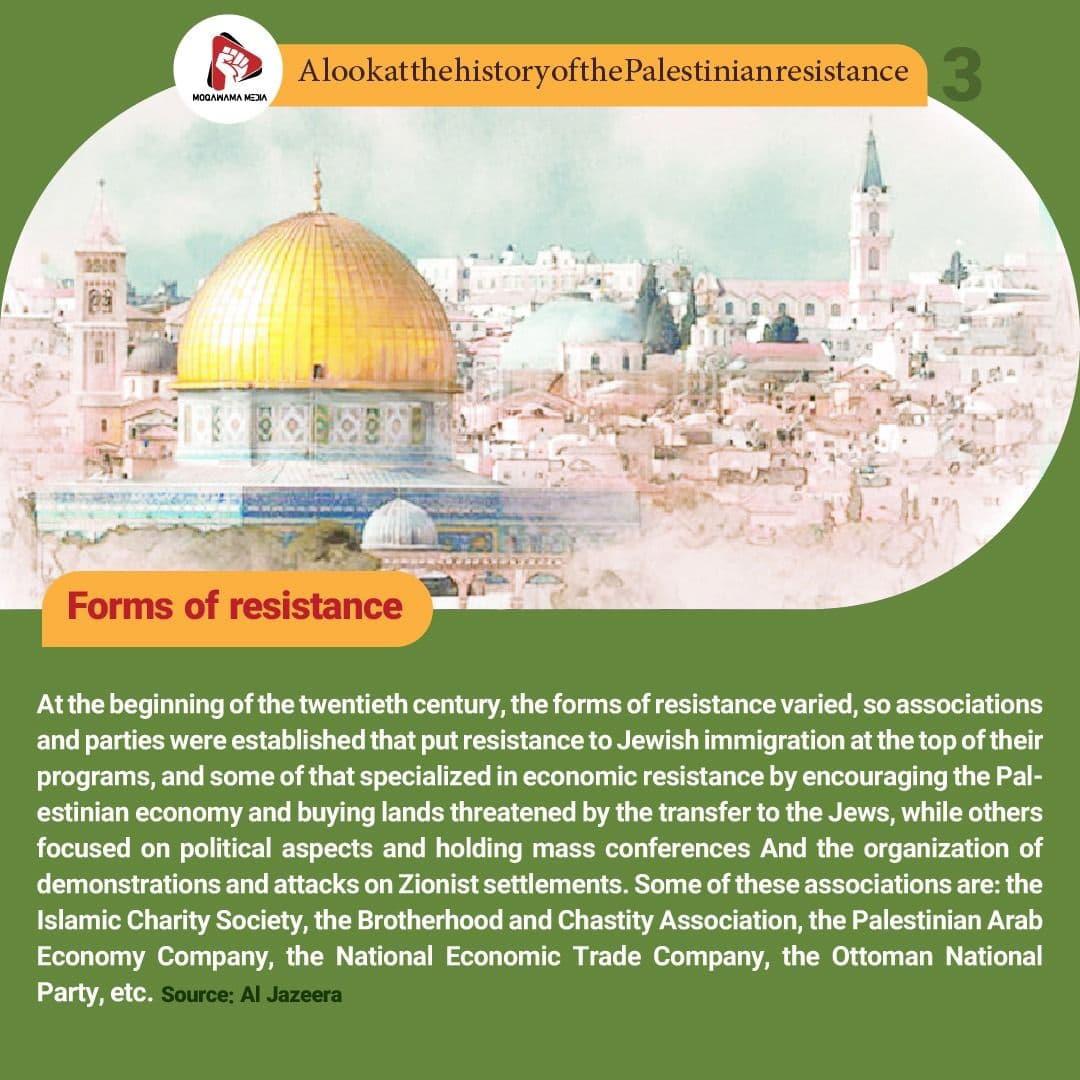 At the beginning of the twentieth century, the forms of resistance varied, so associations and parties were established that put resistance to Jewish immigration at the top of their programs, and some of that specialized in economic resistance by encouraging the Palestinian economy and buying lands threatened by the transfer to the Jews, while others focused on political aspects and holding mass conferences And the organization of demonstrations and attacks on Zionist settlements. Some of these associations are: the Islamic Charity Society, the Brotherhood and Chastity Association, the Palestinian Arab Economy Company, the National Economic Trade Company, the Ottoman National Party, etc.