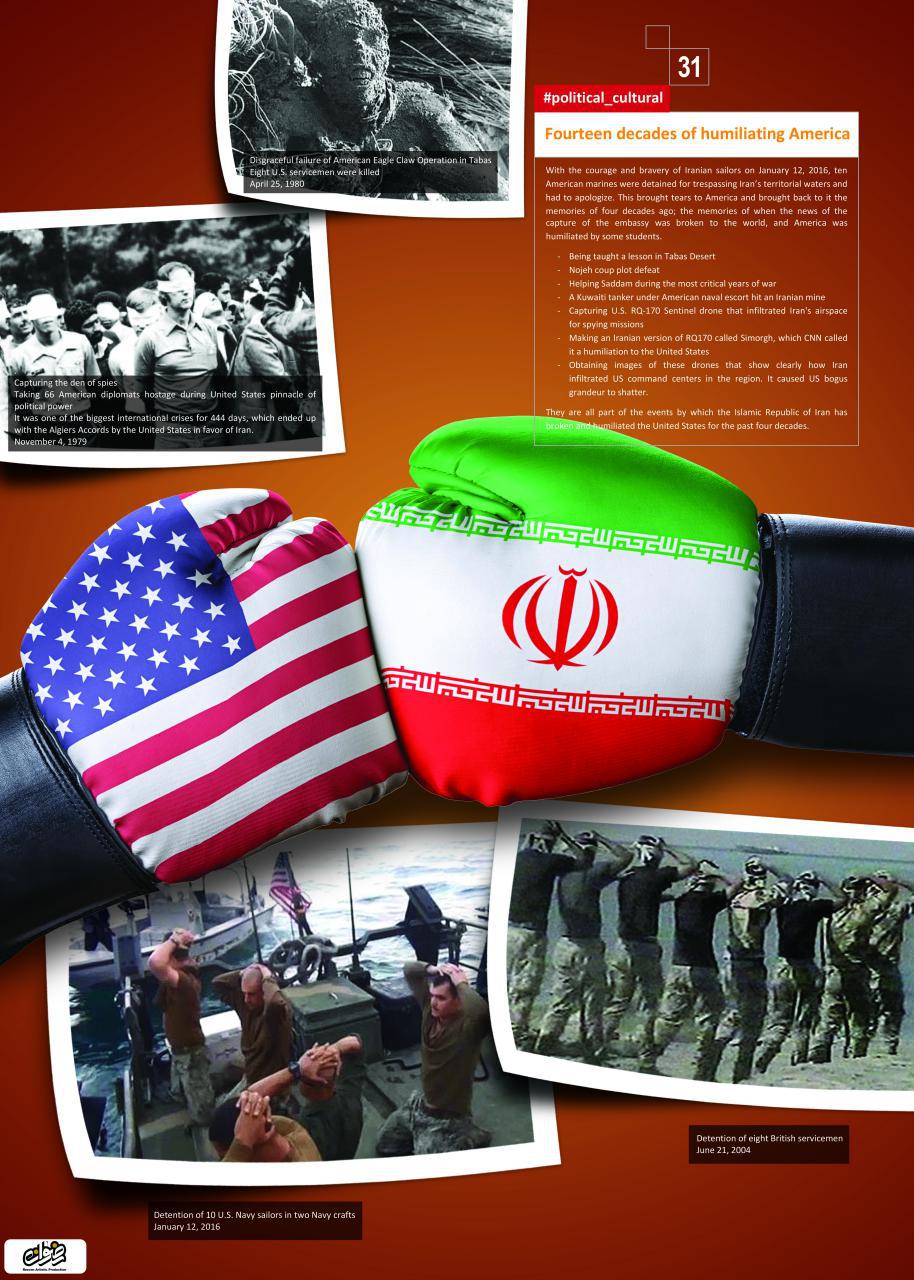 With the courage and bravery of Iranian sailors on January 12, 2016, ten American marines were detained for trespassing Iran's territorial waters and had to apologize. This brought tears to America and brought back to it the memories of four decades ago, the memories of when the news of the capture of the embassy was broken to the world, and America was humiliated by some students

. Being taught a lesson in Tabas Desert - Nojeh coup plot defeat • Helping Saddam during the most critical years of war - A Kuwaiti tanker under American naval escort hit an Iranian mine

Capturing U.S. RQ-170 Sentinel drone that infiltrated Iran's airspace for spying missions Making an Iranian version of R0170 called Simorgh, which CNN called it a humiliation to the United States Obtaining images of these drones that show clearly how Iran infiltrated US command centers in the region. It caused US bogus grandeur to shatter

Capturing the den of spies Taking 66 American diplomats hostage during United States pinnacle of political power It was one of the biggest international crises for 444 days, which ended up with the Algiers Accords by the United States in favor of Iran. November 4, 1979

They are all part of the events by which the Islamic Republic of Iran has broken and humiliated the United States for the past four decades.