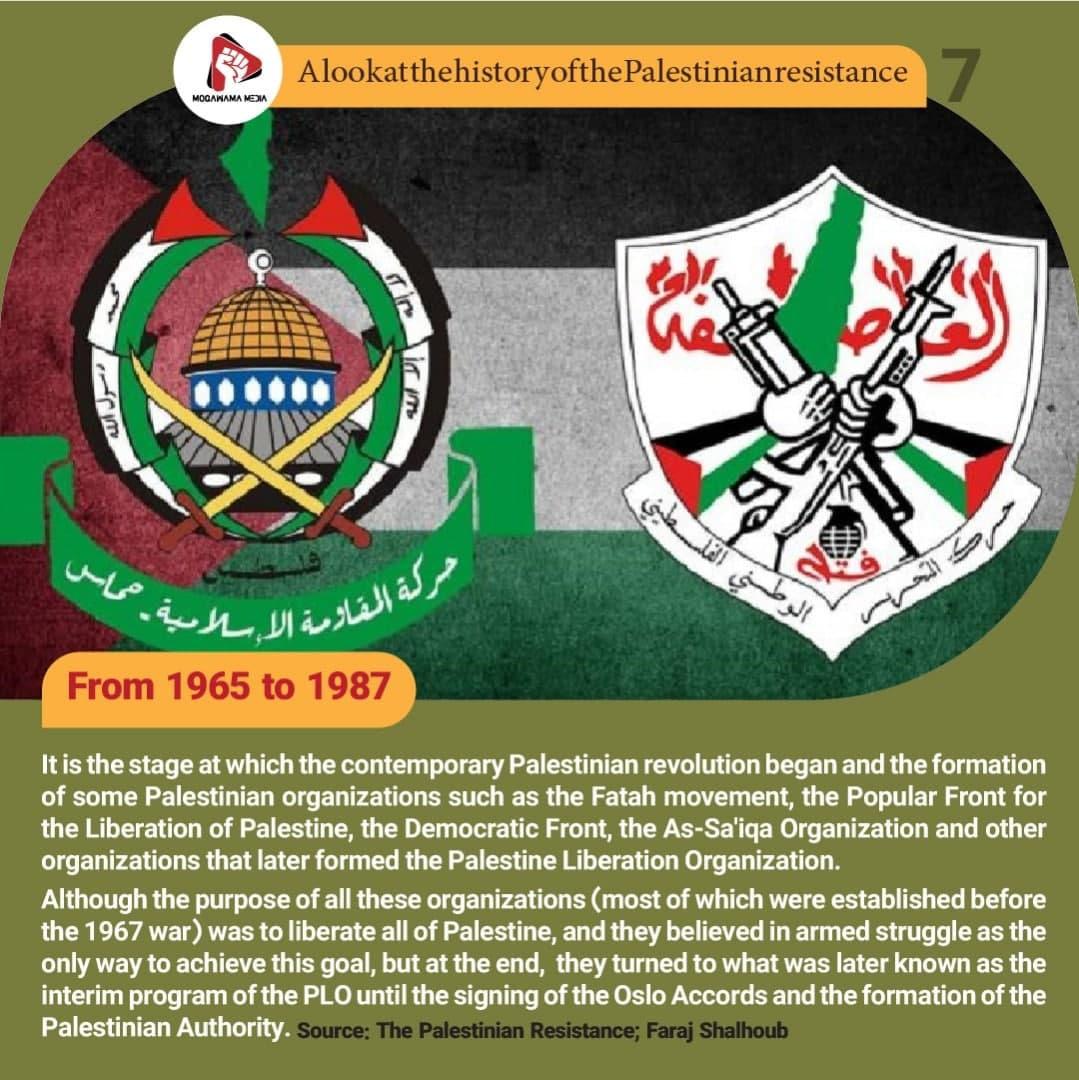 Although the purpose of all these organizations (most of which were established before the 1967 war) was to liberate all of Palestine, and they believed in armed struggle as the only way to achieve this goal, but at the end,  they turned to what was later known as the interim program of the PLO until the signing of the Oslo Accords and the formation of the Palestinian Authority.

Palestine
people
movement
armed
There are no comments for this article