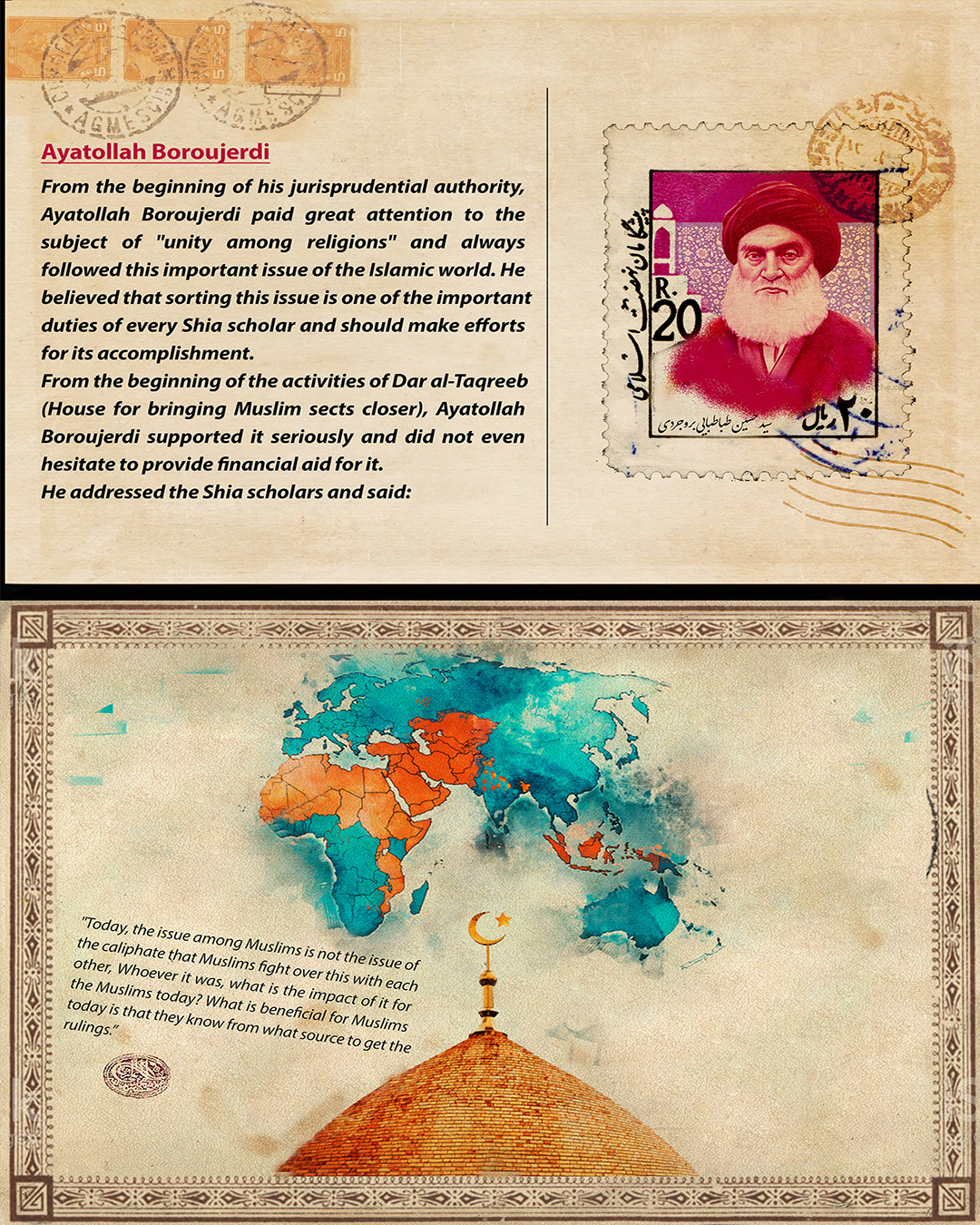 Ayatollah Boroujerdi From the beginning of his jurisprudential authority, Ayatollah Boroujerdi paid great attention to the subject of "unity among religions" and always followed this important issue of the Islamic world. He believed that sorting this issue is one of the important duties of every Shia scholar and should make efforts for its accomplishment From the beginning of the activities of Dar al-Taqreeb (House for bringing Muslim sects closer), Ayatollah Boroujerdi supported it seriously and did not even hesitate to provide financial aid for it. He addressed the Shia scholars and said:
"Today, the issue among Muslims is not the issue of the caliphate that Muslims fight over this with each other, Whoever it was, what is the impact of it for the Muslims today? What is beneficial for Muslims today is that they know from what source to get the rulings."