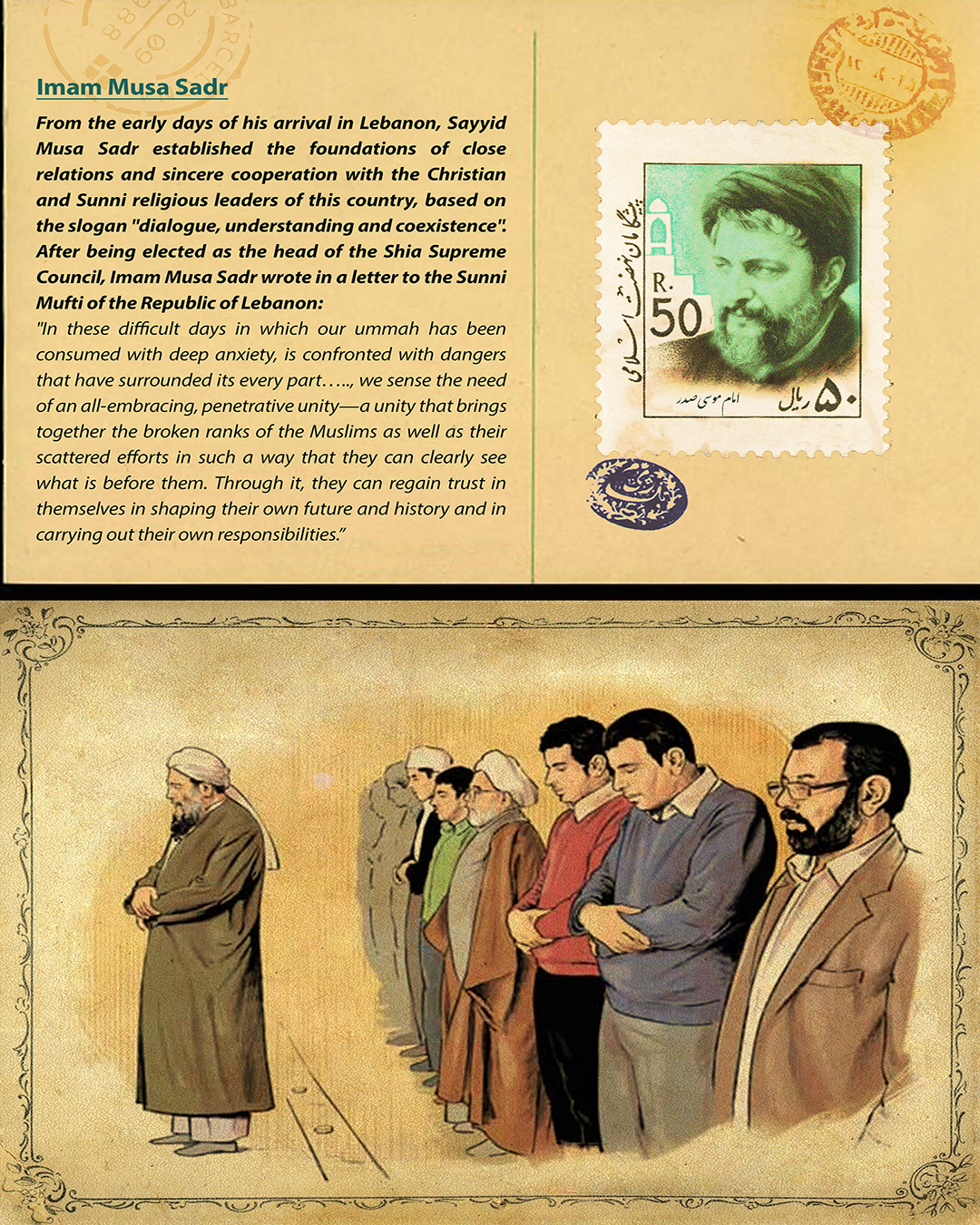 Imam Musa Sadr From the early days of his arrival in Lebanon, Sayyid Musa Sadr established the foundations of close relations and sincere cooperation with the Christian and Sunni religious leaders of this country, based on the slogan "dialogue, understanding and coexistence". After being elected as the head of the Shia Supreme Council, Imam Musa Sadr wrote in a letter to the Sunni Mufti of the Republic of Lebanon: "In these difficult days in which our ummah has been consumed with deep anxiety, is confronted with dangers that have surrounded its every part...., we sense the need of an all-embracing, penetrative unity-a unity that brings together the broken ranks of the Muslims as well as their scattered efforts in such a way that they can clearly see what is before them. Through it, they can regain trust in themselves in shaping their own future and history and in carrying out their own responsibilities."